Showing posts from December, 2015
Show all

SNCU & CCU Medical Officers might be allowed for WBPGMAT-2016

The Director, Health Services, Health & Family Welfare Department in Govt. of West Bengal conveyed that Govt. of West Bengal has been actively considering the proposal of inclusion of Medical Officers of West Bengal Health Services deployed in Critical Care Unit and Sick New Born Care Unit who could not render qualifying service as per provision of “ The WBMES,WBHS and WBPH&AS (Placement on Trainee Reserve) Rules 2015” for their provisionally permitting to appear at West Beng al Post Graduate Medical Admission Test 2016 (WBPGMAT – 2016) provided that such doctors have rendered / are to render 3 years of Regular Service on or before 31.03.2016 at CCU/SNCU or Regular Service in CCU /SNCU and in “ Rural areas” taken together. Definition of “Rural areas” is as per aforesaid T.R. Rules -2015 .Such Category of Doctors, only, is provisionally allowed to fill in forms and make on - line payment on and from 26.12.2015 ( from 12.00 noon ) to 29.12.2015 ( up to 4 P M ). Other condit
Read more

PG Times has launched Biswa Bangla Test Series for the benefit of candidates appearing in WBPGMAT-2016. Questions will be framed simulating the latest WBPGMAT pattern. Students can attend these free tests to get an idea of their preparation. Only one-time registration is required to take the tests. The tests would remain online for an optimum duration. Candidates are advised to take the tests at the earliest. Candidates will get the correct answers and their scores immediately after completing the test. Click Here to Begin
Read more

December 20, 2015
A building under construction at ESI-PGIMSR, Joka, Kolkata. The Comptroller and Auditor General of India (CAG) has pulled up the Employees' State Insurance Corporation (ESIC) for an ill-planned entry into medical education. CAG in its special audit of medical education projects of ESIC has said that the decision to open medical colleges was ill-planned and no due diligence was done by ESIC while its move to exit it was for reducing losses and liabilities. The CAG pointed out that all medical education projects taken up, except two, were behind schedule. The total cost of all the projects was revised from Rs 8,611.94 crore to Rs 11,997.15 crore resulting into cost overrun of Rs 3,385.21 crore. It also noted that the corporation had sanctioned 17 out of 21 medical education projects and started construction of 16 medical colleges and incurred an expenditure of Rs 1,021.72 crore prior to the amendment of the Act. Employees State Insurance Scheme is mandated to provide both
Read more 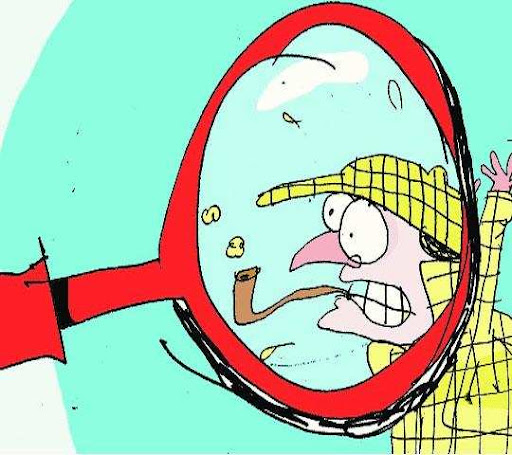 In the world of private medical colleges and Medical Council of India's (MCI) inspection of these colleges, doctors who are assistant professors in one inspection can become resident doctors in the next. Despite this fraud being pointed out to the MCI, no action has been taken so far. In a letter to MCI president Dr Jayshree Mehta on November 26, 2015, Prof Raj Bahadur, vice-chancellor of the Baba Farid University of Health Sciences pointed out that three declaration forms of faculty approved by the MCI assessors in Maharishi Markandeshwar Medical College and Hospital, Kumarhatti, in Solan, Himachal Pradesh were found to be faulty. Prof Bahadur, who is a member of the ethics committee of the Punjab Medical Council, said that in a committee meeting, they found that Dr Dinesh Kumar and Dr Barinder Pal Singh who were shown as assistant professors in general medicine at the medical college during the inspection on May 12, 2014, were shown as senior residents in the inspection
Read more 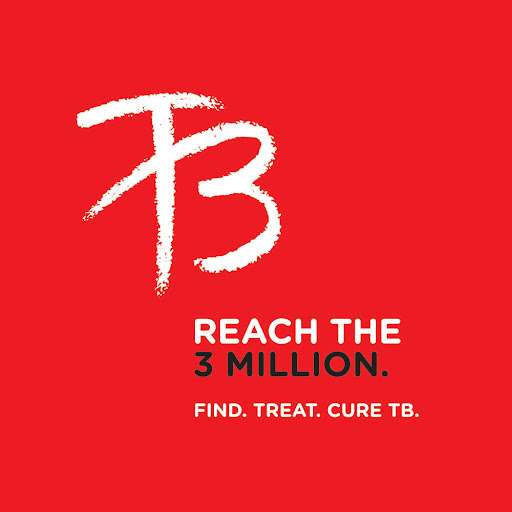 Resident doctors at the Chandigarh’s tertiary care institute, the Post Graduate Institute of Medical Education and Research (PGIMER), have been increasingly witnessing a rise in number of  TB  cases among the resident doctors. Only in the last two years, at least six resident doctors working at the Advanced Paediatrics Centre (APC) got infected with tuberculosis. The facts are further confirmed statistically, with around 1,300 resident doctors working at the PGI, 2 to 3% (around 40) are suffering or have suffered from TB recently. The prime reasons cited for this unprecedented rise in number of TB cases is non-availability of healthy diet, long working hours and poor working conditions. At the ground level, the situation gets worst in various emergencies areas of the institute. The emergency unit is visited by almost 500 patients daily, who are suffering from TB. This puts the doctors at high risk as the TB bacteria spreads through sneezing or cough. In the medicine depar
Read more

Recently, Labour ministry has confirmed its decision regarding the rejection of mandatory bond of Rs 25 lakh for students of the Employees’ State Insurance Corporation ( ESIC  ). While the students will hail this move however, it seems not to have gone well with many of the officials within the ministry, who complained that students will now join the private sector leaving a big gap of expertise at ESIC hospitals. The initial plan for introducing this mandatory bond for the ESIC run medical colleges was to deter the students from joining the private sector after graduation. This was in view of ESIC’s hospitals facing a manpower crunch. This shortage of doctors, is expected to increase as further implied the  Mint ,  with 54 dispensaries being converted into small hospitals in 2016 under the ESIC network. Currently, it holds a network of 151 hospitals, 36 of which are run by the corporation. The labour ministry data confirms that 1,908 sanctioned posts for doctors in ESIC ho
Read more

Union Health Minister JP Nadda today laid the foundation stone for India’s largest National Cancer Institute at AIIMS campus in Haryana’s Jhajjar district and said that the institute will be modeled after NCI in the US. The minister said that the Cancer Institute in Badsa will be “independent India’s largest government-funded hospital project”. The project is planned to be completed within three years, he said after preforming ‘Bhumi Pujan’ ceremony at the site. “ The Cancer Institute will be modelled after the National Cancer Institute (NCI) of USA and the government has already entered into a MoU with NCI USA during the visit of Prime Minister to USA in October 2014, ” he said. It is slated to be a premier institution for all cancer-related activities in the country and will have linkages with all regional and cancer centres. The institute will have 710 beds out of which 200 beds will be dedicated for Translational Research in India-specific cancers. There will be 372 u
Read more

Resident Doctors of the BHU Trauma Centre have been on Protest since yesterday, after  students of the same university allegedly beat up the resident doctors and other staff of the hospital over treatment issues. The incident goes back to Tuesday, a bike accident occurred near the hospital premises itself where an attendant of patient was hit by two student of BHU hospital on a bike. The injured attendant and the bikers were brought to the emergency of the trauma centre, where the Medical officer on duty, informed that this being a RTA has to be reported to the police as an MLC. The students began pressurising the MO, Dr Shrinivas not to make an MLC and continue the treatment. The further insistence of Dr Shrinivas to make an MLC did not go well with students who began to allegedly cause ruckus at the Trauma centre, breaking hospital apparatus and beating up the resident doctor and other medical staff  on duty. The entire footage of the ruckus had been caught on the CCTV camera
Read more 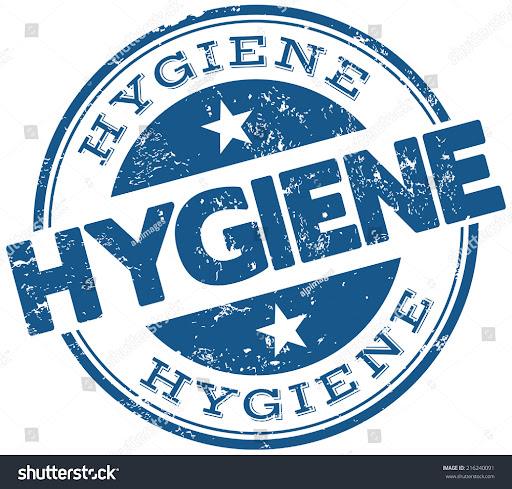 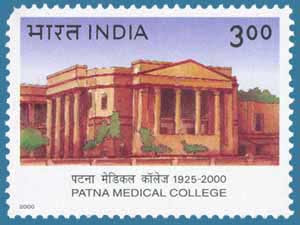 In a scathing attack on the Bihar government and its medical colleges, the Medical Council of India has said the state government through its chief secretary has been for many years giving undertakings that deficiencies in the colleges would be removed, but it never happened. Criticizing the state government, the MCI in a letter to the state government recently said its teams inspected colleges for the 2015-16 session. Though the chief secretary had given an undertaking the previous year, the inspection teams found the deficiencies were still "gross in nature that could not be brushed aside". "This demonstrates that your state government failed to honour its commitment to remove the deficiencies. However, keeping in mind the interest of the students, the colleges got a nod for the ongoing 2015-16 session," the letter says. The MCI will not accept any undertaking for the session 2016-17. "Failure to comply with the norms shall lead to negative rec
Read more

In a shocking expose, pictures are found of a ” Stranger ” entering and conversing with the doctors of the Orthopedics OT of Lok Nayak Hospital ( LNJP Hospital) while they were performing surgery. As per law, no unauthorised/non-medical personnel is allowed in the Operation Theatre while a procedure is going on. This comes as a result of a Sting operation performed by the AAP government health officials to unearth the growing nexus between government doctors and medical representatives. Medical representatives associated with pharma companies are not legally permitted to enter the premises of the government hospital, and liaison with the government doctors. Mail Today , reports, that this “Stranger”  was a supplier from a private healthcare firm, who not only managed to get inside the operation theatre, but also managed to procure OT clothes and attire. The ISSUE As alleged by government officials, there is growing nexus between doctors and stent/device/implant suppliers
Read more

Comparatively easy paper.  pictues were only few. 4-5.  lot of repeats. mostly one liners. very few long ques. mostly staight forward ques. just follow your notes. all mostly from basic and simple ques. some confusing and few tricky ques. ew a bit lengthy ques but can be tackled easily. Seems easy .. More repeats.. Paper was very basic.lot of repeats.focus on last 3 years questions. few ques were word to word repeat from last years. It was an average paper. Easy qns were there but that won't determine your rank. The tough ones will. Personally it was average. guys i wouldn't say very easy but was ok  please focus on basics , if you have read textbooks thoroughly in ur UG then you can answer  pictures were easy nothing to worry about it  most of them were straight forward one line question  around 50 questions were tough and 250 question were ok  not much question from psm and stats
Read more

Morning session : 5 IMAGE based questions, majority of the questions were one liners, very few clinical scenarios, almost negligible repeats, new questions but topics covered were similar to last year, i found the test to be on difficult side. Very difficult for me was not even able to think of any guess answer very difficult paper 5-6 images paper was average....overall basics were asked subjectwise distribution was almost similar to that of prospectus few repeats were thr.. Paper was on the difficult side..not many images.. Questions and options were kinda confusing. Most of them were one liners but very few had straightforward options. Total 7 image based questions. Mostly 1-liners. A candida date with thorough studies can score high. Basis questions. Extremely tough paper got screwed If you have studied the guide books only 120 to 130 questions it was horrible compared to DNB which I wrote yesterday images were easy  many percentageso as numeri
Read more

Almost six months after Delhi government promised doctors better security measures in hospitals, resident doctors say the ground reality has changed little. After a reported spate of attack on doctors in June by patients’ families, government doctors had gone on strike demanding deployment of security guards. They were protesting over lack of security measures, long work hours, lack of hostels and shortage of drugs at hospitals. OPD services at government hospitals came to a halt during the two-day strike. In June, the Delhi government invoked Essential Services Maintenance Act (ESMA) against the resident doctors on strike for six months. Under ESMA, resident doctors can be arrested or terminated for staying away from work.  According to doctors, the need for security stemmed from the poor availability of medicines at hospitals. Patients often end up blaming doctors if any medicine or basic tests are unavailable at the hospitals, according to resident doctors.  “
Read more
More posts