Showing posts from May, 2014
Show all

The U.S. Food and Drug Administration today approved the Immucor PreciseType Human Erythrocyte Antigen (HEA) Molecular BeadChip Test — the first FDA-approved molecular assay used in transfusion medicine to assist in determining blood compatibility. The assay can be used to determine donor and patient non-ABO/non-RhD (non-ABO) red blood cell types in the United States. The surfaces of red blood cells display minor blood group antigens in addition to the major ABO blood group antigens. Some people develop antibodies to non-ABO antigens following transfusion or pregnancy. This is especially true in people who may receive repeated blood transfusions, such as those with sickle cell disease. The development of such antibodies can cause red blood cell destruction if red blood cells with the corresponding antigens are later transfused. Development of antibodies to non-ABO antigens can be prevented by selecting blood that is better matched to the patient‘s non-ABO antigens. In additio
Read more My Fellow Citizens, I address you today for the last time as Prime Minister of India. Ten years ago, when I was entrusted with this responsibility, I entered upon it with diligence as my tool, truth as my beacon and a prayer that I might always do the right thing. Today, as I prepare to lay down office, I am aware that well before the final judgment that we all await from the Almighty, there is judgment in the court of public opinion that all elected officials and governments are required to submit themselves to. Fellow citizens, each one of us should respect the judgement that you have delivered. The just concluded elections have deepened the foundations of our democratic polity. As I have said on many occasions, my life and tenure in public office are an open book. I have always tried to do my best in serving this great nation of ours. In the last ten years, we as a country have seen many successes and achievements that we should be proud of. Today,
Read more 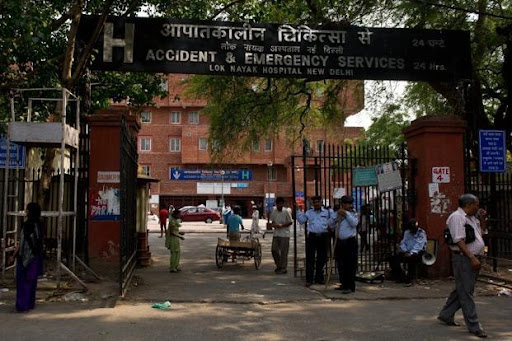 Dr Atindra Kumar Adhikari, the suspended Principal of the Assam Medical College  and Hospital  (AMCH) here, virtually played the victim card today by asserting before mediapersons that he had submitted  an application  to the higher authorities about his going to Paris for a programme on  Continuing Medical Education (CME).  He said that a copy of  the application  was also marked for the Vice Principal of the AMCH. Dr Adhikari was suspended allegedly for not securing permission for leave and violating service rules. Dr Adhikari served  the medical institute  here in the capacity of Principal for 2 years and 4 months.  The suspended doctor today said that he had dispatched an application to the concerned authority on April 11 and had personally submitted another copy on April 14.  When asked how he had managed to submit another copy on  a holiday , he appeared perplexed and said that it may have been on April 13. But April 13 was Sunday. Nevertheless, Dr Adhikari said tha
Read more

MCI panel to review moves of board set up by Centre

As the government remains in limbo awaiting election results, the executive council (EC) of the Medical Council of India (MCI), in an unprecedented move, decided to review all policy decisions taken by the board of governors nominated by the government from May 2010 to November 2013.In effect, the new council will be reviewing policy decisions taken by MCI for three and a half years, including important ones such as bringing professional associations of doctors under the ambit of MCI and the decision to suspend former MCI president Ketan Desai, who was charged with corruption, from practising medicine. The EC headed by MCI president Jaysreeben Mehta has questioned the constitution of the board of governors, saying it was not in conformity with the basic intent of the Indian Medical Council Act.  The basic intent was that the number of elected members be more than double the nominated members to give representation to all quarters of medical professionals in the council, said t
Read more

May 15, 2014
A junior doctor was today apprehended in the Sarita Toshniwal murder case, making it the second arrest in this connection.  Dipmoni Saikia, 28, a second-year post-graduate student in the gynaecology department of Assam Medical College Hospital (AMCH) in Dibrugarh, where Sarita was a first-year post-graduate student, was picked up for interrogation last evening. He hails from Hojgaon near Nagaon town. Sarita was found dead in the doctor’s cabin of the intensive care unit of the department by a nurse around 8am on Friday. Her body was covered with a blanket and lying on the bed inside the cabin. On the day of the murder, Dibrugarh police had arrested a ward boy of the department, Kero Mech, after he reportedly confessed to the crime. Mech hails from Siringhola village of Dibrugarh district. Dibrugarh chief judicial magistrate Kanchan Newar today remanded Dipmoni in seven days’ police custody. The case (number 370/14 under Sections 302/34/120 of the IPC) was registered on Fr
Read more Five days after a first-year post-graduate student of the Assam Medical College in Dibrugarh was found murdered in the duty room of the gynaecology department, the police on Wednesday arrested Dipmoni Saikia, a final-year PG student, for allegedly killing her with the help of a ward boy. “We have arrested Saikia on the basis of confessional statements made by Kiro Mech, the ward boy who was arrested within a few hours of the incident on Friday. We have booked him under Sections 302, 34 and 120(B) of the IPC, after which the CJM’s court sent him to seven days’ police custody,” Dibrugarh SP Rana Bhuyan told The Indian Express over the phone. The motive behind the crime, however, was yet to be ascertained, he said. According to Bhuyan, Mech claimed that Saikia had also sexually abused the victim. “She tried to resist and in the process scratched the ward boy’s face and bit his thumb,” he said. “Saikia, however, has claimed he is innocent and is being framed,” he said. Mech, a te
Read more

A colleague-doctor was today arrested in the murder case of Dr Sarita Tasniwal of Assam Medical College and Hospital (AMCH) in Dibrugarh. The accused, Dr Dipmoni Saikia, is suspected to have planned the murder of Dr Sarita after the latter rejected his love proposal. Dr Saikia was picked up last evening and interrogated. He was arrested this morning, Dibrugarh superintendent of police Rana Bhuyan said today.The arrest was made based on the confessional statement of ward boy Kiru Mech who was arrested earlier. Dr Saikia and Mech executed the murder that was being planned since a month, police said. 'In order to take revenge for his rejected love proposal, Dr Saikia planned the murder. He roped in the ward boy who was promised that his appointment at the hospital will be regularized if he helped in the plan,' Mr Bhuyan said. Sarita was murdered while she was sleeping at the rest room adjacent to the ICU of the hospital early morning on Friday. Before strangulati
Read more
More posts