Showing posts from April, 2015
Show all

A rising number of people under the age of 40 are suffering from cervical spondylosis because they don't exercise enough and spend too much time in front of their computer screens. PG aspirants have to read continuously for hours at a stretch either in their room or library. Many of them complain of neck pain and headache, little knowing that these could be early symptoms of cervical spondylosis. We present an interesting article which gives a bird's eye view of this problem and how it can be prevented.  In early February, 32-year-old Swati Shial was diagnosed with cervical spondylosis, a degenerative weakening of the spinal disc usually triggered by an incorrect posture or by overusing neck muscles.  As an account director with a media agency, Shial easily spends more than 10 hours working on a laptop six days a week. The mind-numbing neck pain began while she was working on a crucial presentation that led her to stay glued to her laptop for three consecutive w
Read more

US lawmakers move to speed up visa approvals for Indian doctors

Citing a shortage of physicians in the US, two lawmakers have introduced a bipartisan legislation to speed-up visa approval for Indian and Pakistani doctors slated to work at US hospitals. Called the Grant Residency for Additional Doctors (GRAD) Act of 2015, the legislation introduced by Democrat Grace Meng and Republican Tom Emmer, both members of the House Foreign Affairs Committee, would direct the State Department to speed up the visa approval process for international physicians. The lawmakers say "currently, foreign physicians scheduled to serve their residencies at American hospitals are encountering extremely long delays in obtaining J-1 visas from US Embassies in their countries, particularly in India and Pakistan". The J-1 is a temporary non-immigrant visa that foreign physicians use to work in US medical residency programmes. The holdups have resulted in major dilemmas for those doctors and the US hospitals -- many in rural and underserved communities
Read more

Dr Priya Vedi's Facebook message before she committed suicide: "Hello everyone I want to remind something to our society. I am married since 5 years with Dr Kamal Vedi. We don't have any physical relation till now, which should be present in every normal marriage. After 6 month of marriage I searched for the reason why Dr Kamal Vedi unable to make relation with me. I found a fake gmail account in his laptop in which he was doing chatting with his gay friends and gay porn, gay pics, connection with gay communities and these messages were before of our marriage. Then I asked him, he told me someone hacked his email. I believe him with suspicion but till now he tried to do sex 8 to 10 times with me but was unable to do with me, we never had intercourse. I never told this to anyone because I was in love with him. I thought one day everything would be okay . But then he started to find faults in me and my family. They torture me a lot mentally in these five years. I
Read more

Doctors will shut down their clinics on April 15 to protest the "improper and clerical implementation" of the Pre Conception and Pre Natal Diagnostic Technique (PCPNDT) Act 1994.  "There is no denying that PCPNDT Act has demonstrated misuse of authority to its fullest. Because Government cannot do anything about the social evils of dowry, inheritance, violence against women, it shows arrest of doctors for incomplete filling of form "F" as its achievement towards control of female  foeticide  and female infanticide.  "We may not all agree with what should be done, how it should be done, but we are all in 100 per cent agreement that PCPNDT Act in its present form has stifled use of ultrasound technology instead of curbing female foeticide. That this Act needs to be repealed and amended is beyond doubt," Medical legal Action Group Convenor, Dr Neeraj Nagpal said.  The Indian Medical Association (IMA) at a meeting yesterday has decided
Read more

A day after a doctor in Allahabad was assaulted by infuriated relatives of a deceased patient at Anand Hospital, city doctors tied black ribbons on their arms in protest. The doctors, who protested under the banner of the Indian Medical Association (IMA), did not stop work.  "The Allahabad incident is very sad and the IMA has decided to start a silent protest against it. Doctors will work but tie black ribbons around their arms. While the protest is a silent one for now, doctors across the state will go on an indefinite strike if the accused are not arrested by Tuesday morning," said Dr. Jitendra Chikara, president of IMA's Meerut chapter.  Meerut-based Dr Vishwajeet Bembi said, "The incident is a sad. Doctors are generally on the receiving end when it comes to such incidents. We cannot fight back but we will show our displeasure and continue to work silently."  Doctors told TOI that the protest was started after IMA (Uttar Pradesh) p
Read more

Rekindling the fight against leprosy

The diagnosis and treatment of leprosy, or Hansen’s Disease, is now considered easier and more effective than ever before. Since 1983, the disease is curable with multidrug therapy. MDT was successfully assimilated into India’s health programmes, leading to a reduction in the overall rate of leprosy incidence in the country. But since 2005 the rate of decline has slowed. As of 2014, India still accounts for 58 per cent of all new leprosy cases in the world. During 2013-14 alone, 1.27 lakh new cases were detected in India. It is in this context that one hopes the Law Commission of India’s 256th Report, ‘Eliminating Discrimination against Persons Affected by Leprosy’, will initiate a new chapter in India’s fight against leprosy. The report is critical of the failures of our health programme, especially since 2005, in dealing with leprosy eradication. Its recommendations clearly draw from the constitutional values of dignity, equality and freedoms. The Law Commission recognises India’
Read more

Doctors strike against attack on 2 medicos in Panvel hospital

Private hospitals and OPD clinics in Panvel Taluka will down shutters Monday to protest the attack on two doctors in Panvel by the relatives of a patient on Sunday.  Raigad Medical Association, which called the bandh, however, said that doctors will attend to emergency cases. The bandh will be called off after 6pm, said Dr. Prakash Patil, owner of Life Line hospital  Sources said, on Sunday, a group of people barged into Life Line hospital in Panvel and attacked on duty doctors — Sandeep Amale and Kiran Naik — following the death of a patient, Namubai Thakkur (75). While Dr Sandeep Amale was admitted in the ICU with multiple injuries on his nose, upper lips and fingers, Dr Kiran Naik, who sustained minor injuries, was administered first aid.  Yogesh, Dr Amale's brother, said that the doctors who were attacked did not even treat Thakkur. "My brother is innocent. He never treated the patient," he added.  Hospi
Read more 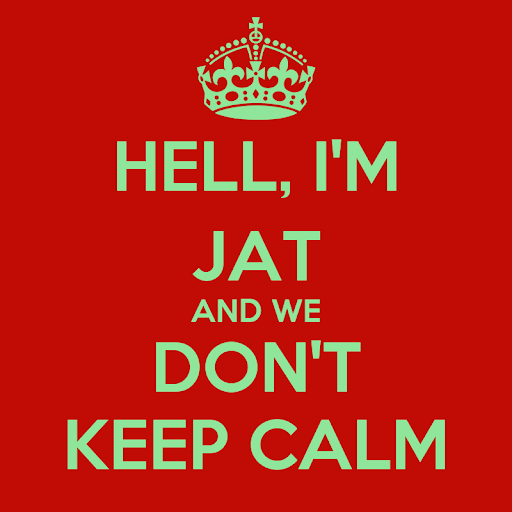 The Supreme Court on Tuesday rejected plea of Jat students seeking reservation in admission to PG medical and dental courses.  Rejecting the plea, the Supreme Court said that at the time of All India counselling these Jat students were treated as OBCs. "There is no vested right in favour of applicants as the court has already decided the issue," SC said.  The Supreme Court recently scrapped the Centre's controversial decision to grant reservation to the Jat community in jobs and educational institutions while terming it a reflection of "negative" and "retrograde" governance.
Read more
More posts