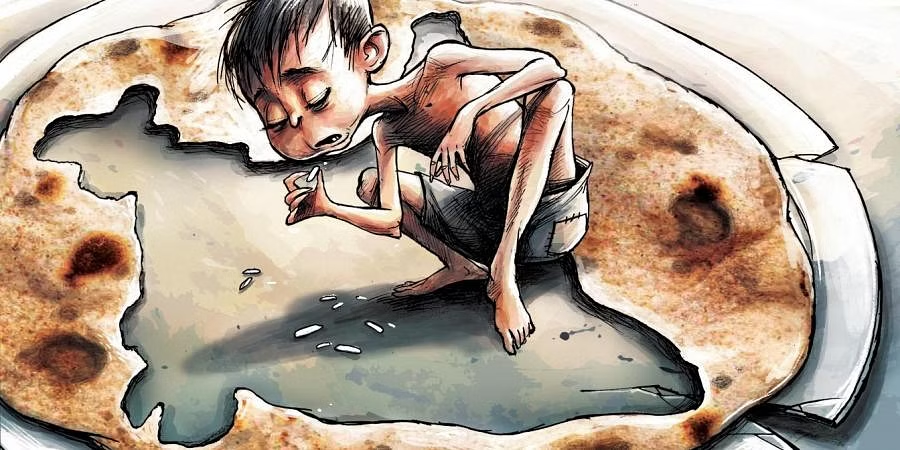 A mix of dismay and debate has been the reaction to the persistently high rates of childhood undernutrition reported by the last National Family Health Survey. Dismay because the reported prevalence of 35.5% stunting, 32.1% underweight and 19.3% wasting in children under five years of age does not bode well for their present and future health or cognitive development.

The debate centres around the question of whether the global standards by which these metrics are defined, are applicable to Indian children. Another area of concern is whether such children will be harmed by supplementary feeding because it may make them stunted and obese as an unintended consequence.

Undernourished children are highly susceptible to serious infections because of poor immunity. They are physically inactive because of low muscle mass and reduced lung capacity. They suffer cognitive impairment, which diminishes their potential for education and employment. This loss of brain power adversely affects the country’s economic development by undermining the demographic dividend of a young population performing at peak efficiency and creativity. Such children are also more likely to suffer early onset diabetes and cardiovascular disease as they grow into adulthood.

Given the medical and moral reasons for both preventing childhood malnutrition and correcting it when detected, why is the response still embroiled in debates? The argument that Indian norms are likely to be lower than global standards appears to advocate that Indians will remain shorter and weigh less than children elsewhere even when socio-economic conditions continue to improve and good quality nutrition becomes universally accessible. The remarkable increase in height and muscle mass of west European populations over the past 125 years followed their economic growth. There was no ethnically defined norm that held them back when their populations gained nutrition security.

There is genuine concern about how inappropriate nutrition supplementation can have adverse consequences. Several studies, including some landmark studies in India, have demonstrated that children who receive poor nutrition during pregnancy and early childhood are likely to remain shorter even as their weight increases, since calorie intake increases in later childhood. Their weight gain is mostly in the form of body fat rather than lean muscle—mostly around the abdominal organs (visceral adiposity). That is accompanied by insulin resistance, which in turn increases the risk of diabetes and blood vessel damage. After initial reports of stunted, obese children in Chile, some nutrition experts cautioned that nutrition supplementation for hastening ‘catch-up growth’ in previously undernourished children would be counterproductive.

Understanding how weight gain is reflected in fat versus muscle provides deeper insights into the debates related to Indian ‘norms’ and feeding for ‘catch-up growth’, far better than anthropometric measures based on height and weight alone. This is true for adults, where Body Mass Index (BMI) has now been shown to be inferior to waist to hip and waist to height ratios in predicting the risk of diabetes, heart disease and vascular disorders.

This is even more true in the case of children, where waist to height ratio is the preferred measure.

If there is an increase in body fat at the expense of lean muscle, it is a physiologically undesirable state. That is what stunted children have. The simple truth is that we need our children to grow by building muscle, not just belly fat. Our dreams of superlative performances in the Olympics and having super-fit armed forces will remain unfulfilled if we do not recognise this.

What about the dangers of ‘rebound adiposity’, where increased dietary intake gets converted to fat that sparks inflammation in the body, predisposes to diabetes and damages blood vessels? Those effects were observed when the additional calories came from the wrong kind of foods, such as those high in refined sugars and unhealthy fats while being low in good quality protein and fibre. Ultra-processed foods (UPF) are especially undesirable because they provide the wrong proportion of nutrients, often accompanied by harmful additives. The gut bacteria (microbiome), which thrive on dietary fibre and keep us healthy, cannot thrive on such foods. Persons who have low levels of physical activity cannot increase their muscle mass. They also cannot burn the excess calories consumed from unhealthy foods. Those calories then get banked as fat.

Basically, we need to prevent childhood malnutrition by promoting adequate and appropriate nutrition for the girl child, pregnant woman and lactating mother. We need sound infant feeding practices, with emphasis on breastfeeding. The growing child needs a balanced diet, with good quality proteins, fruits and vegetables, millets, unrefined fibre-rich grains, and healthy, unsaturated fats from nuts and edible oils. Such healthy diets must be coupled with adequate exercise through active sports and yoga to build muscle, burn excess calories, and reduce insulin resistance in muscle and abdominal organs. We need to proactively build healthier, stronger, more muscular and agile children. Planners did not recognise that calories alone do not translate into nutrition, while unrestrained commercial forces boosted sales of ultra-processed junk foods.

This requires a coherent policy response which steers agriculture and food systems towards production and supply of healthier foods at affordable prices, regulation of unhealthy foods (especially UPF) through raised taxes and curbed advertising, improving the composition and quality of pre-school and school meals, and the promotion of physical activity in an engaging manner for all children. Poverty reduction is important to make healthier diets more affordable.

If we do not do all of this, our children will not grow to their full potential, neither physically nor mentally. If we accept an adiposity-dominated body composition as the Indian norm, we cannot meet Swami Vivekananda’s call to develop youth who have “muscles of iron, nerves of steel, inside which dwells a mind of the same material as that of which the thunderbolt is made”.