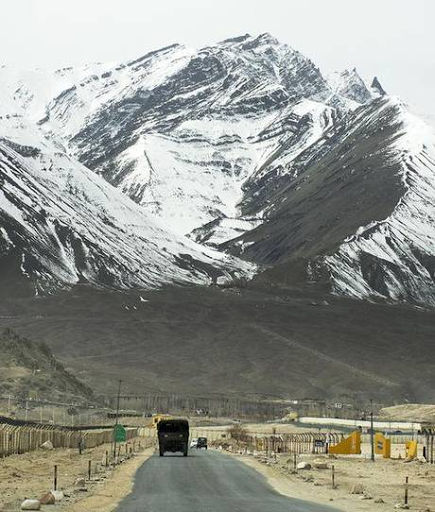 The soldier protects our nation’s borders with determination, grit and courage, living and fighting all along our Himalayan borders from Ladakh in the west to Arunachal in the east.

A soldier’s life in forward areas is extremely tough. In high-altitude areas (HAA, in Army parlance), it is doubly so because the oxygen intake is halved. Low oxygen, combined with sub-zero temperatures further lowered by wind-chill, seriously affects physical efficiency, as anyone who has served at altitudes of over 12,000 ft (3,700 m) knows. Even routine activities are necessarily slow and difficult, sometimes even painful. Prolonged isolation and loneliness are an additional psychological burden.

Extreme cold, low oxygen intake and treacherous terrain combine as an ever-present risk to life and limb for every soldier, quite apart from the risks of the enemy’s bullet, grenade, bomb and shell.

In these harsh conditions, the soldier-doctors of the Army Medical Corps (AMC) provide succour and help to the injured or ill soldier, right up to the forward areas, with provision for medical evacuation to hospitals, when necessary.

A soldier was treated for appendicitis by Army doctors. This would not even deserve mention but for the fact that the surgery was successfully performed at an altitude of 16,000 ft (4,900 m). The delicate, major surgical procedure was conducted in one of the HAA Forward Surgical Centres (FSCs) constructed in a partially underground dug-out space equipped with a field operating theatre.

On October 28, a 27-year-old jawan (name, unit and location withheld for security reasons) was brought to the FSC with acute abdominal pain. It was rapidly diagnosed as appendicitis, with risk of rupture and fatal consequences. There was no time to evacuate the jawan to a hospital. Immediate surgery was imperative.

The young surgical team consisting of a surgeon and an anaesthetist, assisted by the jawan’s unit MO (names withheld for ethical reasons), rose to the occasion. They took the decision to perform an emergency appendectomy.

According to details received, surgery was commenced under spinal anaesthesia but since the appendix was subhepatic with impending perforation, they had to convert to general anaesthesia. Major surgery was completed successfully in harsh and difficult field conditions. The patient had an uneventful post-operative condition and remained medically stable.

This sets a creditable military-medical record of the world’s highest altitude major surgery, to add to the proud military traditions of India’s Army Medical Corps.

A soldier’s precious life was saved, thanks to the timely decision and competence of the battle-front saviours in the FSC.

The author was commissioned into the Madras Sappers in 1962. In 1993, he was awarded the Vishisht Seva Medal (VSM). He retired in 1996 in the rank of Major General. sg9kere@live.com