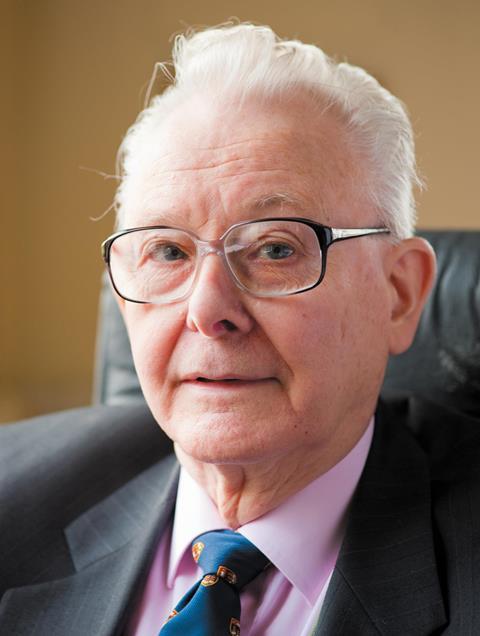 Peter Mansfield, who won the medicine Nobel prize in 2003 for developing magnetic resonance imaging (MRI), has died aged 83. The scanning technology he pioneered in the 1970s is now routinely used for diagnosing illnesses and injury – nowadays virtually every hospital has a MRI machine.

Sir Peter Mansfield, who laid the scientific foundations of magnetic resonance imaging (MRI), failed his 11-plus exams but blossomed into one of the UK’s leading medical technologists and a Nobel Prize winner.

Mansfield, who died this week at the age of 83, was the son of a London gas fitter and grew up in Camberwell, south London. After leaving his secondary modern school at 15, he worked first as a printer’s assistant and then as a technician at the government’s Rocket Propulsion Establishment in Westcott, Buckinghamshire.

His academic aptitude emerged there when he did A-levels part-time. He went on to study physics at Queen Mary University of London, where he worked on nuclear magnetic resonance for his PhD. NMR was an analytical technique used mainly in chemistry, based on the way different atoms behave in strong magnetic fields; Mansfield was to extend its application into medical imaging.

After a postdoctoral fellowship at the University of Illinois, he settled at Nottingham. The first whole body MRI scanner, designed by Mansfield and built by Oxford Instruments with Medical Research Council funding, was installed in 1977 and the following year he offered himself as the first human volunteer for whole body scanning.

Mansfield stepped into the machine, despite receiving a warning from an American colleague that the rapidly changing magnetic field might be dangerous for his heart. He spent 50 minutes clamped vertically inside the powerful magnet in pitch dark (because the team had not yet had time to illuminate the interior) while the scan took place.

He showed no ill effects, good images were recorded and MRI was on its way to revolutionising medical scanning and diagnosis — today the technology is used in hospitals all over the world. His team at Nottingham continued to pioneer improvements in the technology and a dedicated Magnetic Resonance Centre opened in 1991.

Sir David Greenaway, vice-chancellor of Nottingham University where Mansfield worked from 1964, said: “Few people can look back on a career and conclude that they have changed the world. In pioneering MRI that is exactly what Sir Peter Mansfield has done. He has left an extraordinary legacy which will continue to inspire others to change the world.”

In 1994 Mansfield, who had been knighted the previous year, retired as a professor but he continued to work on MRI research to the end of his life. He won a Nobel medicine prize in 2003.

The magnetic fields used in MRI are safer than the hard radiation emitted by X-ray machines. The technology provides detailed images of anatomical structure, including signs of damage and disease in bones and soft tissues. Its derivative functional MRI (fMRI) shows brain activity in detail.

Peter Morris, physics professor at Nottingham who worked with Mansfield since the 1970s, said: “MRI has lost the rock on which it was founded. Sir Peter’s pioneering research has revolutionised diagnostic medicine and all of us have felt its benefits.”

Mansfield is survived by his wife, Jean, whom he married in 1962, their two daughters and four grandchildren.