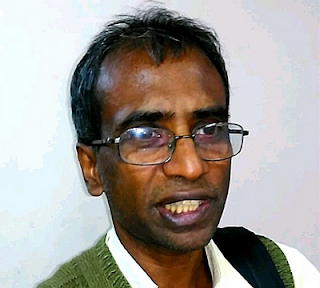 Rising crime against women is one of the most visible outcomes of sex-selection. India realised the problem and formulated the Pre conception Pre Natal diagnostic Techniques Act in 1994. The implementation of the act could begin at the turn of century. Sixteen years since, the doctors lobby is pressing for amendment in the act by calling it too harsh for clerical errors. But Sabu George, the man who has been fighting for the cause of the unborn girls for the past two decades, differs. He spoke to TOI on the proposed amendment and its impact. Excerpts are:

Q: How do you see the proposed amendment in PC PNDT Act?

A: The ruling government launched Beti Bachao Beti Padhao with much fanfare and our prime minister Narendra Modi begged for the lives of the daughters. Proposed changes in the act would defeat our PM's dream of Beti Bachao. The amendment draft is a coup to convert cold blooded medical crime (read sex selection and elimination) into a mere clerical error and trivialise it. It is also a paradox in the country which worships women but doesn't let her breathe inside the mother's womb.

Q: What is the biggest objection with the proposed amendment?

A: The doctors' lobby is for simplification of documentation and wants to do away with Form-F (paper wherein all patient details need for the procedure have to be filed). The act without this paperwork turns redundant. Then, they also say that incomplete form-F are an outcome of typographical errors and it could not be seen as a crime. Discrepancies in the Form-F question the doctor's intention for undertaking the procedure and puts the onus on the him to prove innocence. The doctors booked under the act could be nabbed only because of Form-F. In this way, they are trying to steal the base of evidence gathering.

Q: What are the other issues with the changes?

A: The lobby has pressed for changing the nature of crime from 'Criminal' to 'Civil'. This will mellow down the severity of the crime which is a cold blooded murder. The doctors have offered to increase the penalty for violations in the act (raise it from existing Rs 50,000 to Rs 1 lakh) but the increment is useless when seen in the backdrop of the changes demanded.

Q: What makes the doctors lobby oppose the existing act so strongly?


A: The ultrasound business is an industry worth several crores. Regulation of the act is affecting their financial interests and that's why they are against it.

Q: The outcomes achieved from the PC PNDT act are too few. So, change or no change - what difference does it make?

A: Though poorly implemented all over India except for Maharashtra and Haryana, the current legal framework acts a pressure on the doctors and scares them too. Had it not been for this, the doctors wouldn't have pressed for change. The biggest advantage of the act is that it has helped in identification of the centers through registration. In 2000, there were just 600 registered ultrasound centers in India whereas the number stands at 53,000.

Implementation of the act is the only problem in the system. The current legal framework is potent for saving millions of unborn girls who die. A study of census data showed that 72 lakh girls would have been killed in the womb in the past decade.
Radiology