Nurses go off work, govt threatens to sack them 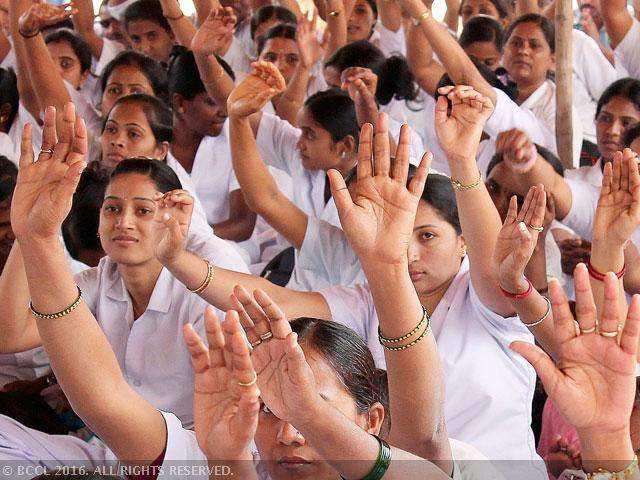 Nurses across the country started an indefinite strike on Friday, admist a spurt in chikungunya and dengue cases, resulting in chaos in hospitals.
The agitation to press for a revision of pay scales and a hike in allowances prompted the government to warn of strict action, including termination of service.
Led by the All India Government Nurses Federation, over 6,000 nurses were estimated to be on strike.
Under the 7th Central pay commission, total emoluments of nurses in Central government hospitals, including allowances, range between Rs 57,000 and Rs 94,000 a month.
In private hospitals nurses earn in the range of Rs 5,000 to Rs 10,000 while corporate or big hospital chains pay between Rs 10,000 and Rs 20,000, depending on seniority.
"We are disappointed that they have decided to go on strike at a time when hospitals are struggling with patients suffering from chikungunya and dengue. We are trying to talk to them and get them back," health secretary CK Mishra said, adding, "Despite this, if they want to continue with the strike then we will have to resort to tough action and replace them."
Mishra said nurses of AIIMS across the country as well as JIPMER in Puducherry did not participate in the strike.
NewsletterA
Hospitals