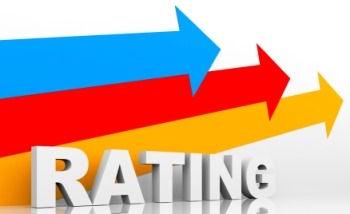 The government plans to unveil a rating system for medical institutions to help students make an informed choice and it will also serve as a warning for poorly-rated institutes to improve standards. The move is also aimed at ending `inspection raj` in the medical education sector, which flourished under the Medical Council of India (MCI).“The task of periodic rating would be assigned to the proposed National Medical Commission, which will re place MCI,“ said an official, adding that the existing inspection regime focused on inputs with more emphasis on infrastructural issues rather than teaching quality and learning outcomes.

Medical institutions will also have to place all relevant information in the public domain via electronic medium.

The plan is among a slew of reforms in the medical education sector suggested by the high-powered committee, headed by Niti Aayog vice-chairman Arvind Panagariya.

Separate common entrance examinations for admission to undergraduate and postgraduate courses have been suggested by the panel. The exams must be given “statutory“ backing to ensure transparent admission process based on merit rather than ability to pay capitation fee, said an official. After completion of an undergraduate degree, medical professionals will have to appear for a common licentiate examination. The government may also prescribe skill tests as part of the exam which will have statutory backing. Passing of the common licentiate examination will be mandatory for licensees to practise and for registration to the Indian Medical Register.

The committee was not in favour of creating a statutory provision for common licentiate examination in the PG and super-speciality courses. The PG medical education board, which will replace National Board of Examination (NBE), could continue to conduct voluntary exam with those institutions or candidates who are willing to voluntarily take part in such process.

The fee regulation of private colleges was one of the contentious issues dealt by the Panagariya panel.

The committee suggested that NMC may be empowered to fix norms for regulating fee for a proportion of seats (not exceeding 40% of the total seats) in private medical colleges while for the rest, the management may be given full freedom to charge the fee that they deem appropriate.

However, the medical institutes have to advertise the tuition and other fees upfront on their websites.

“These provisions are part of the draft National Medical Commission Bill which will replace IMC Act 1956,“ said an official.