WHO felicitates India for yaws, maternal and neonatal tetanus elimination 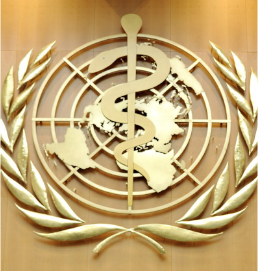 Lauding India's most recent public health achievements, World Health Organization (WHO) presented certificates declaring elimination of yaws and maternal and neonatal tetanus to Union Minister for Health and Family Welfare J P Nadda.
"India's focussed approach on making maternal and newborn care accessible to all and addressing health care equity more generally has made these remarkable successes possible. These victories are not only India's but all of humanity's as the country accounts for approximately one-sixth of the world's population," Poonam Khetrapal Singh, Regional Director, World Health Organization South-East Asia Region, said after presenting the certificates to the minister.
In May this year, WHO certified India yaws-free after a team of experts verified interruption of disease transmission in the country. India is the first country under the 2012 WHO neglected tropical diseases (NTD) roadmap to eliminate yaws, a disease known to affect the most underserved population. It is said 'where the road ends, yaws begins'.
"Highly targeted awareness and early treatment campaigns in vulnerable communities enabled treatment of yaws cases and interruption of disease transmission," Khetrapal Singh said, commending India's capacity and commitment to eliminating NTDs, which serves as an example to other countries.
The Regional Director described India's achievement of maternal and neonatal tetanus elimination (MNTE) as a momentous public health feat, as until a few decades ago the country reported 150 000 to 200 000 neonatal tetanus cases annually. Reducing maternal and neonatal tetanus to less than one case per 1 000 live births in all 675 districts demonstrates India's strong commitment and leadership that helped improve access to immunization, antenatal care services and skilled birth attendance in the most vulnerable populations - the poor, the remote and isolated communities.
Both yaws and maternal and neonatal tetanus eliminations were achieved using the existing health system and health workforce. Sustained political commitment and clear policies, unified strategies, close supervision and monitoring, tireless efforts of the frontline workers, and invaluable support of partners, particularly for MNTE, were the key factors for these public health feats, Khetrapal said, adding that the lessons learnt from yaws and MNTE should inform the design and implementation of future disease control programs in the country.
Both achievements will not only improve the health of marginalized communities, but will also enhance their socio-economic status and contribute to India's wider development, the Regional Director said.
After India's success in MNTE, Indonesia was validated for the same on 18 May this year. With this the entire WHO South-East Asia Region has achieved elimination of maternal and neonatal tetanus. WHO SEAR is the second WHO region, after European Region, to achieve MNTE.
Indonesia and Timor-Leste are now the only remaining countries with yaws transmission in the WHO South-East Asia Region.
Health News