SC refuses to stay NEET ordinance, but tells govt ‘it was not in good taste’ 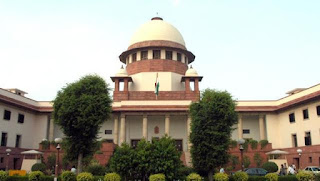 The Supreme Court on Thursday admonished the Centre for bringing an ordinance exempting states from the ambit of NEET, a common entrance test for admission to medical colleges across India, but refused to intervene in the matter, saying it will lead to chaos.
The Centre initially accepted the apex court’s order to hold the single-window test for admission to all undergraduate medical and dental courses in government and private medical colleges this year but partially reversed it through the ordinance later.
The May 24 ordinance deferred the SC order to conduct the National Eligibility Entrance Test by a year.
“What you (Centre) have done is not in good taste. It shouldn’t have been done after the Supreme Court’s verdict. Why did you do this? Prima facie the ordinance was not proper. This is disturbing,” a bench headed by justice AR Dave told attorney general Mukul Rohatgi, who was representing the government.
The bench, also comprising justice Shiva Kirti Singh and AK Goel, made the remark after it was told the ordinance virtually put an interim injunction on the top court’s order.
The SC was hearing the petition of Sankalp Charitable Trust that said the ordinance was in violation of constitutional ethos. It demanded immediate stay, arguing it should not be allowed to become a precedent.
“We are not interfering as it will create more chaos,” it, however, told the petitioner.
“We wanted uniformity in medical examination. Today even upper middle class cannot afford a seat in medical college,” the bench told Rohatgi who tried to justify the notification.
According to him, some states had already held their own exams before the SC order. “We could not have allowed his disparity,” Rohatgi said.
He added the ordinance makes it optional for states to either have their own exams or admit students to government colleges and seats in the private ones.
“Minimum standard in medical education should be there. It isn’t only matter of students. It an issue of larger interest of the society,” the bench commented in response.
The court also refused to entertain the petitioner’s plea for centralised counselling for candidates of various entrance tests.
The SC also heard another petition, moved by Indore-based doctor Anand Rai, that challenged the ordinance on the ground it was “in direct conflict” with the stand taken by the government in the case before the SC.
Rai, known for exposing the Vyapam scam - an admission and recruitment scandal in Madhya Pradesh, said it was improper for the Centre to take a U-turn in the case.
The top court had earlier ruled that admission to medical and dental courses would be done only through NEET and scrapped the entrance tests conducted by the state governments and private medical colleges.
The court revived NEET after recalling its 2013 order by which the common entrance test was declared unconstitutional. As per the order, NEET is being held in two phases.
The second test has been scheduled for July 24.
Education