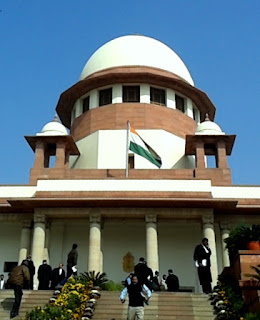 A Supreme Court judge, Justice L Nageshwara Rao, today recused himself from hearing the pleas challenging the NEET ordinance which allowed states to continue with their separate entrance tests for MBBS and BDS courses for academic year 2016-17.

A bunch of pleas listed for hearing before the bench of Justices A R Dave and L Nageshwara Rao was adjourned for July 15, after the latter sought recusal from hearing the matter.

Earlier, a vacation bench of the apex court had refused to accord urgent hearing and directed the matter to be listed before the regular bench which was seized of the matter.

Petitioner Anand Rai, who also claims to be a whistle blower in the Vyapam scam, had contended that the Government was not competent to nullify the judicial order by promulgating the ordinance.

Attorney General Mukul Rohatgi had told the court that the ordinance, which keeps state boards outside the purview of single medical entrance test NEET, is only for this academic year and the government was well within its right to come up with it.

States like Tamil Nadu, Goa, Andhra Pradesh and Maharashtra, which conduct separate tests in their respective vernacular languages, had demanded this practice to be continued for the present academic session only, keeping interests of students in mind, Rohatgi had said, adding that NEET question papers are either in English or in Hindi.

Rai in his plea had sought seeking quashing of the ordinance, which got Presidential assent on May 24, and sought a stay on the operation of the ordinance as an interim relief.

Referring to Centre's stand to support the single-window National Eligibility and Entrance Test (NEET) for admissions to MBBS and dental courses, the plea said the government has now taken a "complete U-turn" which shows "mala fide and ill intent towards the process of admission of students who shall suffer the most".

Meanwhile, NGO Sankalp Charitable Trust, which had earlier moved the apex court in support of NEET, had also filed a fresh plea challenging the ordinance.

The plea, moved through advocate Amit Kumar, said the ordinance is "illegal" as it is inconsistent with the fundamental rights.
Education