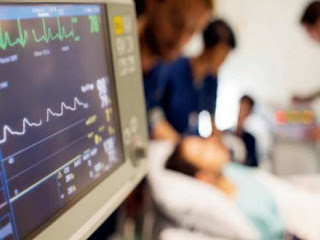 A hospital's intensive care unit (ICU), one would presume, would be among the quieter places in the city with only the periodic beeps of monitors and the occasional hiss of oxygen entering respirators. But a visit at some of the ICUs across the city would reveal a far noisier picture.

The door of a narrow pediatric ICU in one of the leading public hospitals shuts, for instance, with a loud bang every time, while a private hospital's ICU witnesses such frenetic work-related exchange between resident doctors, nurses and support staff that it borders on noise for visitors.

"Noisy ICUs are known to prolong a patient's stay in the ICU and thus his or her recovery," said Dr Sanjith Saseedharan, who heads the ICU at S L Raheja Hospital in Mahim.

A study done by his team, published in the International Journal of Biomedical Research in 2015, found that "during the day, noise levels were higher than at night and noise levels increased sharply during shift changes".

The study found the major noise source were caregivers such as ward boys who tend to speak loudly while doing their duties.

In fact, a study from a Belguim-based hospital released earlier in June found that ICU noise rests at 45 dBA, while it's 52 dBA half of the time."That's just six points lower than the volume of a dish washer or clothes dryer," said the study .

In other words, while ICUs are meant to be as quiet as libraries, they can make twice the sound. The Raheja hospital study showed that "miscellaneous sounds such as doors opening closing, relatives talking or equipment handling'' could generate up to 80-90 dB. If one considers the Central Pollution Control Board's classification, even industrial zones can only have sound up to 75 dB during the day (and 70 dB at night). A 90 dB is essentially the sound of a domestic diesel generator.

Western studies have classified the major sources of ICU sound as conversations between ICU staff, medical professionals, and visitors; medical equipment alarms; caregiving activities such as hand washing, opening disposable equipment packages, and storage drawers; telephones, pagers, and TVs; and closing doors and falling objects. One study concluded that 34% of noise sources appear to be totally avoidable and 28% partially .

In India, the percentage of partially avoidable noise levels is higher.

"Almost 61% of ICU noise was found to be modifiable. In future, on the basis of results of this study, protocols will be formed and steps will be taken to reduce the modifiable noise to bring down noise levels further to ensure faster recovery and greater patient comfort," concluded Dr Saseedharan's study .

Dr Khushrav Bajan, who heads the ICU of Hinduja Hospital, Mahim, said ICUs cannot be classified as noisy places in the sense that they are a source of noise pollution. "Ventilator alarms generate some noise, staffers shout out for each other when a patient is sinking or when a CPR has to be administered." Most patients are so serious or unconscious that the sound doesn't matter to them. "But some patients who have been brought in for observation after chest pain wouldn't like the sound levels, but ICU sounds are more of an irritant than pollution," added Dr Bajan.
Hospitals