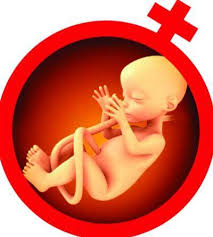 A well-known pathologist in the state capital has been served a divorce notice by her husband, a radiologist, because she refused to abort the female foetus that she was carrying.
The wife, Dr Prakriti Shukla, has now lodged a complaint with the state medical council and district magistrate, which is the appropriate authority for the PCPNDT Act. She has accused her in-laws of violating provisions in Pre-conception Pre-Natal Diagnostic Techniques (prevention of sex selective abortions) or PCPNDT act.
The registrar, state medical council has formed a committee to investigate the complaint. According to reports, Dr Shukla married Dr Tushar Ojha in December 2014. She became pregnant in July 2015 and was forced to undergo an ultrasonography test at her father-in-law’s diagnostic centre.
“After the test, the behaviour of my in-laws and my husband changed. My husband asked me to abort the child and tried to convince me we were not in a position to have the baby. I found the behaviour strange. Next day, after the ultrasonography, my mother-in-law told me in clear terms that since it was a girl that I was carrying, I must abort it as they did not wish to have a girl in the family,”, Dr Shukla said in her complaint.
She has stated that since she feared for the life of her child, she went to her parents’ house, where she delivered a baby girl in March 2016. A month later, she received a notice for legal separation from her husband. Dr Shukla’s father-in-law, Dr S.V. Ojha, however, rubbished all charges and said, “I have been in the field of radiology for the past 34 years and there is no spot on my reputation. I do not wish to comment on this matter because I am an accused and the case is being investigated by competent authorities. But I strongly deny the charges.”
Dr Jain, registrar, state medical council, meanwhile, said, “A committee of experts has been formed to investigate the matter. The committee is competent and will give its order only after examining all aspects.”
Miscellaneous