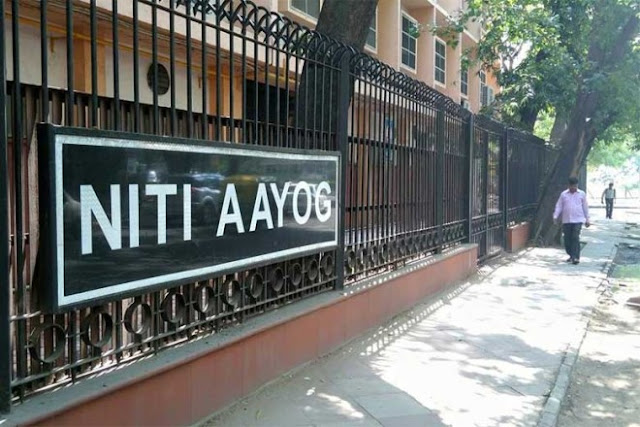 When Union finance minister Arun Jaitley, in his latest Budget, announced the opening of 3,000 Jan Aushadhi stores in 2016-17 to make quality drugs available at affordable prices or making dialysis services available in all district hospitals, one appreciated his concern for the health sector. Important as these announcements are, one wondered where these initiatives fit in the larger vision for healthcare in the country. Unfortunately, this larger vision for healthcare, which is the subject matter of health policy, is sorely missing in our country.
Not that we’ve had a good track record of National Health Policy (NHP). In fact, Independent India has seen only two NHPs—one in 1983 and a revised one in 2002. A draft NHP prepared by the health ministry in 2014 is currently in limbo. It’s a different matter that our health sector has also underperformed over the years (no correlation between NHP and the health sector performance implied here!). We have believed more in programmes and initiatives than in getting the big picture right.
Having a health policy is desirable as it brings predictability, clarifies a sense of direction and prioritisation—which is helpful to all key stakeholders in aligning their interests—and in enabling them to marshal their efforts and resources to achieving those priorities.
However, formulating a health policy just got a little tougher under the NDA regime. Post the Fourteenth Finance Commission recommendations, states have been given a greater role in financing of their health priorities. What role the Centre will play in the health sector is yet not clear as a new “cooperative federalism” model is still getting evolved. But what is indeed clear is that states will have to play the lead role in defining and moving the health agenda, much of which is squarely in their domain. The Centre can, at best, play a supportive role, both technically and financially.
National plan or national framework?
Typically, a health policy defines government priorities, specifies health goals to be achieved within a certain time-frame and spells out strategies to be used in achieving those goals with some rationale behind it. In a new model of cooperative federalism, where states are to be in driver’s seat, having a health policy at state level appears more appropriate than at the national level. However, what makes better sense at the national level is to have a “national health framework” that outlines a healthcare vision for the country, clarifies the Centre’s role and provides an overarching guidance to states to prepare their health policies. The Centre cannot be prescriptive, for example, in specifying to states what health service delivery model to follow. But the central government can certainly incentivise states for achieving state-specific health goals, undertaking health reforms and complying with health regulation, including adoption of service standards.
Specific approaches such as intensity of private sector engagement, extent of state health funding, mobilisation of private contributions, prioritisation of types of health services and so on are best left to individual states. A framework that respects diversity among states and allows enough leeway to states to pursue plurality of approaches has a better chance of acceptance.
After all, a framework needs to be endorsed by all states before it could be considered “national” framework.
Developing a national health framework as well as state health policies is a consultative process. However, formulating state health policies is more challenging as it requires piloting alternate approaches as well as learning from other contexts before adopting specific approaches and committing huge public investments. It would be much better if states develop their health policies within a commonly agreed national health framework.
What’s the alternative to national framework?
In the absence of such a framework, the Centre could continue launching new health initiatives every year and leave it to states, who have the onus of implementing such programmes—to take it or leave it in the spirit of “us” versus “them.” This certainly is not the meaning of “cooperative federalism” being spoken of by Prime Minister Narendra Modi. What he has in mind is the spirit of partnership between the Centre and states when he says if the country is to progress, states must progress.
In keeping with this spirit, the vision document that the NITI Aayog is preparing must reflect a common understanding between the Centre and states on healthcare in India.
The author is a development economist, formerly with the Bill & Melinda Gates Foundation and the World Bank
Health News