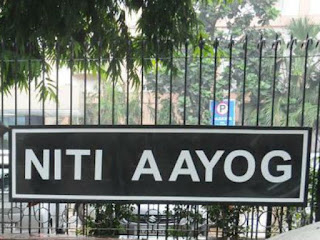 A four-member committee headed by NITI Aayog Vice-Chairman Arvind Panagariya set up for recommending an overhaul of the scandals-tainted Medical Council of India (MCI) is likely to suggest that it be replaced by an altogether new regulatory body.

It is likely to recommend that no member from the MCI’s staff be appointed to the new medical education commission being proposed “for building a modern education system.”

After its final meeting here on Saturday, the high-powered panel is all set to submit its recommendations next week to Prime Minister Narendra Modi. Health Secretary B. P. Sharma, Niti Aayog CEO Amitabh Kant and Prime Minister’s Additional Principal Secretary P.K. Mishra are the other members on the committee, which also sought views of a variety of stakeholders before finalising its report.

A source at the Aayog told PG Times that another recommendation is likely to be that the new medical education commission comprise three verticals, each headed by eminent working professionals in the field of health, including from the private sector. “The committee will not like these professionals to be asked to give up their professional commitments to take up the responsibilities at the new regulator,” the source said. The separate verticals proposed are for overseeing curriculum, ethics and accreditation.

In March 2016, a Parliamentary Standing Committee report called for “radical reform” of the MCI, saying that it neither “represents professional excellence nor its ethos” and that its composition was “opaque” and “biased” against larger public health goals. It also said that the Central government had virtually no power to disagree with the MCI.

Two months later, in May, endorsing this report that medical education and profession in the country is at its “lowest ebb” and suffering from “total system failure” due to corruption and decay, the Supreme Court used its rare and extraordinary powers under the Constitution to set up a three-member committee, headed by former Chief Justice of India R.M. Lodha, to oversee the functioning of the MCI for at least a year.
Education