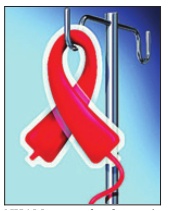 The health ministry plans to integrate the AIDS control programme with its flagship National Health Assurance Mission with the aim of achieving universal health insurance.The idea is make HIV screening and treatment more accessible by making services available at district health centres and in rural areas. However, the proposal has raised concerns as public health activists are worried that this may gradually lead to abolition of National AIDS Control Programme, which is crucial to sustaining the declining trend in incidence of HIV .
From 2000 to 2015, new HIV infections in India dropped from 2.51lakh to 86,000 -compared with a gl-obal fall of just 35%. Deaths due to HIV also declined by a whopping 55% in the last eight years. In 2015, India recorded 67,600 deaths from AIDS.
National Health Assurance Mission, which has replaced Rashtriya Swasthya Bima Yojna, is currently working to make free drugs and diagnostics available across the country . “The plan is to include HIV screening and testing along with anti-retroviral treatment and therapy a part of the overarching scheme so that these facilities are also available at the district level.This will also enable more data generation and monitoring,“ an official said.
However, initially the NACO programme will continue to exist simultaneously and may be merged into NHAM once the latter is implemented in a holistic way , the official added.
Public health experts and activists fighting the disease burden fear that deviance of focus and diversion of funds from a dedicated AIDS control initiative can cripple the programme and derail all the achievements made by India so far.
Despite the impressive decline in the number of new HIV cases as well as deaths, India continues to have the third highest number of people living with AIDS. At this stage, it is crucial for India to sustain interventions and scale up prevention activities to avoid incidence. A slowdown in funding and resource crunch can cause potential damage.
On the other hand, the government feels it is important to extend universal insurance cover to HIV patients so that screening and treatment become more accessible and affordable. “This is also part of preventive strategy ,“ the official said.
The government's strategy to integrate AIDS control services with NHAM is also likely to help the exchequer.