Curtains for MCI but actors get new role 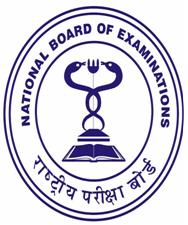 The leadership of the Medical Council of India, castigated by the parliamentary standing committee on health for failing in all its functions over the years and attracting the taint of corruption scandals, has now become a part of the newly-constituted governing board of the National Board of Examinations (NBE). The NBE conducts the national entrance examination for postgraduate and super-specialty courses.

NBE has been without a board since Dr Srinath Reddy's tenure as its president ended in October, 2014. A health ministry notification dated June 17, and published in the gazette on June 20, named 14 people to the new NBE governing board.

This has raised questions about the haste to reconstitute it at a time when the three-member expert committee appointed by the prime minister in April to examine the overhauling of medical education has not yet submitted its report. MCI is to be scrapped and overhauled as decided by the PM. In this context, several senior functionaries of the tainted council finding a place on the NBE, which is set to assume a bigger role in postgraduate medical education, have raised eyebrows.

The National Coalition of Ethical Doctors, which has been vocal about corruption in healthcare, has also questioned the selection of the members of the board. Dr Abhijat Sheth, medical director of the 276-bedded Apollo hospital in Ahmedabad, has been nominated as board president. Another nominated member is Dr Ajay Kumar, who established the multi-specialty Palm View Hospital in Patna and is a member of the MCI ethics committee. Kumar is known to be close to former MCI president Dr Ketan Desai, who was removed from his post on corruption charges.

Dr Kumar had told the World Medical Association that the CBI had dropped all charges against Dr Desai even though there were two cases pending against him.

MCI president Dr Jayshree Mehta and Dr SB Siwach, chairperson of MCI's postgraduate committee, were made ex-officio members (that is, by virtue of the positions they hold).

Dr Dibyendu Mazumdar, president of the Dental Council of India (DCI), is another ex-officio member. DCI and Mazumdar have been under the scanner in connection with corruption charges, especially in the process of increasing the number of seats at dental colleges.

A senior health ministry official defended the haste, saying that the expert committee's mandate was only to restructure the MCI and did not extend to NBE. "There are about 26,000 postgraduate seats in medicine, leaving a gap of almost 30,000 seats between UG and PG seats. PG seats under the NBE are currently just 6,000.
"To expand rapidly, the NBE urgently needs a board. That was the re son for reconstituting the board, even if it is an incomplete one," he explained.
The NBE governing body has 10 ex-officio members while the rest are nominated for five years. Four members have already been nominated - two professors from AIIMS, and Dr Kumar and Dr Sheth.
According to the rules, those nominated should be of impeccable integrity with prior experience in teaching, examination and position of leadership in the field of PG medical education. The ministry official insisted that due diligence had been done and there was consensus on the names in the selection committee.

The ex-officio members could change if MCI and DCI are restructured, but till that happens, the functionaries of these tainted bodies are on the NBE board by virtue of their positions. The IMA too has been under a cloud for several unethical acts, but again its president holds an ex-officio position in NBE. "PG medical education is even more lucrative than MBBS. Seats are sold for crores. It is crucial that the NBE board be manned by people with impeccable credentials for integrity," said Dr GS Grewal, president of the Punjab Medical Council.
Education