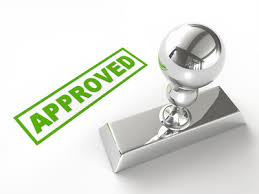 A significant bill aimed at putting in place a single common examination for medical and dental courses was today passed by the Lok Sabha, with the government saying even private colleges will be under its ambit.


The Bill seeks to amend the Indian Medical Council Act, 1956 and the Dentists Act, 1948 and replace the Ordinances that were promulgated by the government to circumvent the Supreme Court order for implementation ofNEET examination this session itself.

Moving the Bill for consideration and passing, Health Minister J P Nadda said there were three main objectives behind the move -- end the multiplicity of examinations, have fair and transparent examinations and adopt non-exploitative process.

He said earlier students would have to travel long distances to appear for several medical entrance examinations.

Currently students undergo exploitation particularly with regard to the caiptation fees, he said, adding the new legislation will end this.

Responding to apprehensions expressed by members, particularly Tamil Nadu where reservation is upto 85 per cent, he clarified, "We are not going to touch the state quota. Students in Tamil Nadu will be competing in Tamil Nadu only.. We should be very much clear about that."

However, AIADMK members were not satisfied and staged a walkout.

Nadda said the exam will be held on the basis of the syllabus of NCERT and the under-graduate exam will be taken up by CBSE and post-graduation by the national board of examination.

"In the syllabus, we will take care of the differences and we will do standardisation of syllabus so that rural students can also taken care of," he added.

Responding to contention by some members that NEET will provide benefits to private institutions, the Health Minister denied that and said their exams will also be conducted under NEET.

On the concerns over fees in the private medical colleges, he said a committee of judges will decide the fees for private colleges while the government will do it for government institutes.

The health ministry has written to all the states seeking details about the number of students who appeared in local languages in the last three years so that the Centre can make plans accordingly.

Nadda also responded to concerns over the involvement of Medical Council of India as some members alleged that the body is "corrupt" and does not perform its duties properly.

"A committee has been set up by the Prime Minister and that is at the final stage. Stakeholders have been called. The report is being finalised. We take cognisance of the issue," he said.

RSP member Premachandran, who had moved statutory amendments to the Bill, praised Nadda for addressing all issues in a "clear manner". While not going ahead with moving the amendments, he said, "I am very much impressed" by the minister's response.
Education