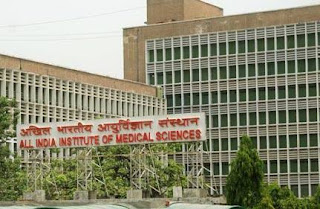 Batchmates of the deceased first year MD (Medicine) student Dr. Sarvanan G., at the prestigious All India Institute of Medical Sciences (AIIMS) and Madurai Medical College (where he did his undergraduate course) have now launched a ‘movement’ across social media with the help of friends and relatives to “ensure that the truth behind their classmates death is revealed and that no culprit goes unpunished.”

Dr. Sarvanan had allegedly committed suicide on July 10 and was found dead in his apartment at Gautam Nagar, Delhi.

The Delhi Police had informed AIIMS of the death on July 10 and maintained that no suicide note was found. The hospital handed over the body of the deceased to the family which arrived from Tiruppur on July 11.

Meanwhile, DMK treasurer M.K. Stalin on Wednesday urged the State government to ensure the safety of Tamil Nadu students studying in other States referring to Saravanan’s death and claimed that this “was shrouded in mystery as the Delhi police had also announced that a lethal dose had been injected in his right hand.’’ “As there is an intense competition to get admission in AIIMS, students doubt that Saravanan could have been a victim of that competition. His father Ganesan also said that his son had problems,” Mr. Stalin noted.

Batchmates at AIIMS and Madurai on Thursday maintained : “We are all shocked and we want to get to the bottom of this issue.”

“He hailed from Tirupur. Seeing him in this form... I think it took a little piece of our souls too along with it. We were burning with grief and rage, mostly out of our sheer helplessness. To consider the audacity of such a crime if any,’’ the batchmates in both States maintained in a written message.

They add that there seems to be some missing links which might point to foul play.’’

The batchmates are questioning the contradictory statements.

“The door was unlocked, there was a venflon in his right arm through which the lethal dose which killed him was injected through a syringe which was in place in the morning. The venflon's cap was missing. There was no empty drug vial in the room. It’s physically impossible for a right handed person to insert a venflon himself into his right cubital vein without help. He left no note, didn’t speak with anybody about any issue he faced there. There were blood stains on his cloth and on the walls of his room. There is a round of counselling scheduled for unfilled seats in 10 days. He already took an MD Pathology seat there in the previous session, discontinued it, got a better rank this time and joined his dream MD Medicine course, just on July 1. He spoke with his friends after joining saying he was pleased there, so why would he kill himself?’’ asks the group.

Orthopaedics junior resident terminated, will not be able to complete DNB course A junior resident doctor from North Delhi Municipal Corporation''s (North DMC) Hindu Rao Hospital was terminated by the hospital authorities allegedly after he posted a video on his social media page complaining about the mismanagement in the hospital. "The Doctor in the Orthopedics department is terminated from his services with immediate effect for bringing disrepute to the institution," a letter from the hospital said. The doctor, however, has refuted the allegations made by the hospital administration and claimed that the termination came after he distributed face shields procured through an NGO, among the residents doctors. "I had distributed face shields among the doctors which I got from an NGO, but the Medical Superintendent of the hospital told me to return them. I even tried getting them back but the other doctors denied returning them, and now this has caused
Read more

There is no emergency in a pandemic This article is for the healthcare workers, doctors, surgeons, nurses, aides, EMS and all staff. This article should be read along with many news reports of doctors dying from COVID-19 throughout the world. Do not repeat the same mistakes that they made. If you do not have proper PPE, do not go in. No matter what. There is no emergency in a pandemic. You as a healthcare worker are a force multiplier. Your training and experience are invaluable moving into this crisis. So, you're going to be faced with some very difficult moments. You're going to have to put your needs first. I'm speaking specifically about PPE and your safety. If you're an ICU doctor or an ICU nurse, and you become infected, not only are you out of the game for potentially weeks (or killed), but your replacements could be people without your expertise. Your remaining co-workers are short-staffed now, more likely to make mistakes and become ill themselves
Read more