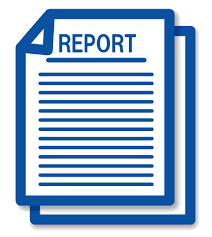 The autopsy of AIIMS junior resident Sarvanan Ganeshan, who died under mysterious circumstances last week, indicates that he did not commit suicide, said a senior doctor who has seen the report.
The circumstances in which Ganeshan's body was found also clearly indicated that he did not commit suicide and died an unnatural death, the doctor, who requested not to be named, told PG Times.
"The report says there was no external or internal injury. There was no substantial evidence of presence of drugs where his body was found," he said.
"Also, the door was not locked, which usually does not happen if some one commits suicide."
The doctors will, however, consult the police once again before coming to a definitive conclusion, he said.
Also awaited is the toxicology report, which may take a few months before it is submitted to the police.
"Such situations are very surprising and take time to yield exact clues. However, the current situation indicates that he did not commit suicide," the doctor said.
Sarvanan Ganeshan, 26, who was studying for an MD degree at the All India Institute of Medical Sciences (AIIMS), was found dead on July 11 in his rented flat here under mysterious circumstances.
Hospitals Miscellaneous

This research is being shared with us by a diligent reader on how deep the Media connections go. Puts the entire media bias in perspective.   "1. Hindustan Times – Shobhna Bhartia, owner and editor-in-chief of Hindustan Times is a Congress MP from Rajya Sabha. 2. Vinod Sharma, HT Political Affairs editor, is essentially a Congress spokesman on all TV panel discussions, because once his boss’ term gets over, he will be looking out for her RS seat next  3. Barkha Dutt and Vir Sanghvi, famous Congress stooges (and intermediaries for UPA allies) who were exposed in the Radiagate scandal, and are virtual Congress spokespersons in their capacities as electronic media personalities, are the ones who write opinion and op-ed columns most frequently (once every week) on the editorial pages of HT. In return, Barkha and Sanghvi are rewarded with Padma Shris and other monetary compensation by the Nehru dynasty or Congress party. 4. NDTV’s promoters are Prannoy Roy and
Read more