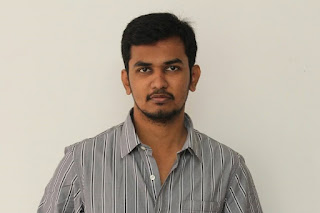 The Ganesan family is in a state of shock and disbelief. Their 26-year-old son Dr Saravanan Ganesan, an AIIMS student was found dead, lying on his bed in his South Delhi apartment on July 10. The Delhi police suspect his death to be suicide after they found one cannula inserted in his right hand which had been plastered for support and two syringes. The police suspect that the injection that was administered was possibly potassium chloride.
But his grieving family want answers, refusing to believe that he committed suicide. Saravanan’s brother-in-law Saravana Kumar, who went to Delhi to receive his body, said, “Even the most experienced right-handed doctor cannot inject a cannula (or venflon) in his right arm perfectly. The cap of the syringe was missing. There was no empty vial in the room. While the police claims to have broken into the room, there were no signs of that having done because all the locks were in place when I had come to collect his belongings.”
Kumar alleged that after the police inspected the crime-scene, they had left the room unattended. “Any crucial evidence could have gone missing right?” he asked.
He asserted that someone like Saravanan, who had aced the medical exam and was a meritorious student could not have killed himself.
Saravanan grew up in Vellingadu, a village near Tiruppur, the textile and knitwear hub of India. While his father is a tailor at a private garment factory, Saravanan’s ambition had been clear from a young age.  He had set his heart and mind to becoming a doctor. “His goal was to get into General Medicine and he worked towards it. I have known him for only a few years but I am witness to the dedication and hard work he put into this, despite being a son of a tailor,” said Kumar.
After completing his MBBS from Madurai Medical College, he secured 73rd rank in the AIIMS entrance exam, qualifying for Pathology. But Saravanan decided to quit the programme in March 2016 as his first choice had been General Medicine. He returned to Tiruppur and spent three months preparing for the AIIMS entrance exam once again.
“Imagine what level of confidence one would need to quit a course in a prestigious institution. But he was clear about what he wanted and dedicated too. In fact, even while he was pursuing pathology, he would go to the general medicine ward during his free hours and see what his friends were doing. He would observe and learn. This time he scored 47th rank,” he said.
Saravanan last spoke to his family on Saturday afternoon, while he was on duty at AIIMS.  “He only spoke a little and said he was busy. However, Saravanan was an open person and never had anything to hide from us. He spoke to his parents often and was as normal as any person. He also had a good rapport with his friends be it north Indian or south Indian friends,” he said.
While Saravanan’s friends have already launched a “Justice for Saravanan” campaign on social media, the family submitted a letter to the Tiruppur district administration on Friday, citing inconsistencies in the investigation. Kumar said the family strongly believes that there is an ulterior motive and that the government should push for a strong probe in the case.
Hospitals