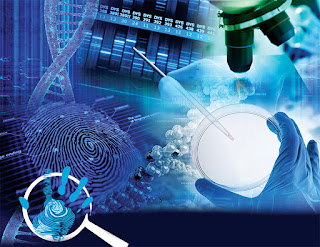 Data from the last few years has revealed that after MBBS, post-graduation students do not opt for forensic science and toxicology to the extent that every year, nearly five out of the total eight seats in forensic science go vacant in medical colleges across Mumbai. This in turn puts added pressure on forensic science department heads while conducting forensic analysis.
While Grant Medical College (JJ Hospital), Sion Hospital, LTMG, GS Medical College and TN Medical College all offer post-graduation in forensic science, students prefer taking admission in general streams as against forensic science. Data procured by a former student of JJ Hospital through Right to Information (RTI) shows that of the eight post-graduate seats assigned to this branch, a mere three get filled up. Dr Sagar Mundada, president, Central Maharashtra Association of Resident Doctors, said, “Most job opportunities are in the government sector, but even these are not enough and there is struggle for getting the same jobs. Also, women almost always prefer not to take up this field owing to the medico-legal nature of the job.”
Dr Sunil Kadam, professor and HOD, Forensic Science, KJ Somaiya College, said, “Earlier, there were two seats for professors and four for associate professors and eight lectures, which have been reduced by the Medical Council of India (MCI). Due to these changes, private colleges have benefitted. Due to stagnation, MBBS students do not opt for this course in their post-graduation. There is no promotion and the retirement age has also been extended.”
To increase forensic expert posts, in 2013 the state announced that one forensic expert would be appointed in all district hospitals. However, it has not been implemented. Dr Harish Pathak, professor of Forensic Medicine, KEM Hospital, said, “We had a meeting with the government body, and they promised to recruit one forensic expert in all district hospitals. This will create employment for 20 to 30 doctors. Until the government increases the posts, why will students take up forensic science rather than opting for paediatrics or gynaecology?”
Between them, the four colleges get around 9,500 bodies for post-mortems along with hundreds of POCSO and rape cases.
PG News