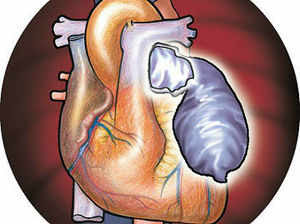 In the world's second most populous country, diseases of the heart are the biggest killers. The bigger tragedy is that the number of cardiac specialists graduating every year in India is a meagre 250.
The concern among medicos today is not just the limited number of postgraduate seats available in the country's 381 medical colleges, it's also the skewed distribution of seats between subjects. The number of seats in clinical subjects that deal with patients directly is low, though they attract the most number of students. In the end, those who don't make it to these seats make do with para-clinical seats.
It's worse for diabetics. Even when the country is heading towards becoming the diabetes capital of the world, we have only 50 PG seats in endocrinology. Not to forget that uncontrolled diabetes leads to kidney failure, heart failure and stroke. The US, on the other hand, has 250 PG seats in this subject.
While the World Health Organization puts tuberculosis as the sixth highest contributor to the number of deaths in India, we have only 307 specialized doctors graduating in pulmonary medicine every year. If cancer is the most feared disease in recent times, India has set apart 48 seats for specialization. In contrast, the US has 508 seats.
While a mother dies every 10 minutes in India, we have only around 1,400 obstetrics and gynaecology seats. There are about 93 seats in gastroenterology, as against 433 in the US, even when diarrhoeal diseases are the second highest contributor to deaths in India.
On the other hand, there are 5,833 para-clinical PG seats in the country. Pathology tops with 1,201 MD seats, microbiology has 724 and community medicine 736, biochemistry has been allotted 481 seats and physiology 672.
"Non-clinical subjects don't deal with patients directly," says Dr Devi Shetty, former member, board of governors, Medical Council of India. "The younger generation is not attracted to these subjects unless they have a scientific bent of mind. Most doctors who graduate would want to treat patients. Thus, the market value of these non-clinical degrees remains very low. They are the least preferred and taken up only if students don't have a choice. Sometimes, they remain vacant."
Experts in the field also point out that when there's an increase in the number of PG seats, it happens in the non-clinical subjects. The increase, thus, becomes pointless.
Doctors say every unit in a medical college in the country can accommodate up to five PG students, according to MCI norms. If that's the case, the number of PG seats can go up to 38,390 in the current scenario.
Speciality seats
Discipline------------------- India—---------Us
Cardiology------------------- 250------------- 781
Diabetology/Endocrinology—50—---------251
Gastroenterology--------------- 93-------------433
Haematology-------------------- 13-------------- 523
Nephrology----------------------84-------------- 416
Neurology-----------------------159---------- 592
Oncology------------------------ 48------------- 508
(Source: MCI India, National Resident Matching Program)
PG News