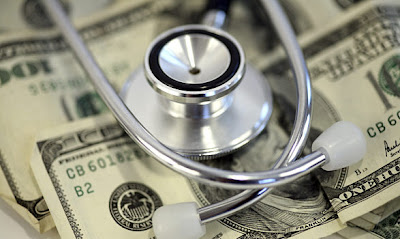 The Supreme Court has come down heavily on private engineering and medical colleges for demanding capitation fee and has held it "illegal and unethical."
A bench of Justice KS Radhakrishnan and Justice AK Sikri noted demand for capitation fee continued despite earlier SC verdicts condemning it. In its judgment the court has advised the Centre to frame a law to put an end to such practice.

Referring to recent cases including the one in which CBI has filed a chargesheet against former Union Minister of Health and Family Welfare, the court observed the probe revealed “sorry state of affairs” even at the government level.
“CBI had to charge sheet none other than the then Union Minister of Health and Family Welfare, itself which depicts how the educational system in this country is deteriorating,” the bench held.
It said private colleges were denying admission to meritorious students who were financially poor. As a result, it said, the quality of education had gone and government agencies needed to bring proper legislation to curb the growing practice.

“We cannot lose sight of the fact that these things are happening in our country irrespective of the constitutional pronouncements by this court in TMA Pai Foundation case that there shall not be any profiteering or acceptance of capitation fee etc,” the bench said.

Institutions were not being run to serve the student community, but for their own betterment, noted SC.
“We, therefore, emphasise the extreme necessity of a parliamentary legislation for curbing these unfair practices which is the demand of our society,” the top court said, adding, “We are confident, earnest efforts would be made to bring in proper legislation, so that unethical and unfair practices prevalent in higher technical and medical institutions can be effectively curbed in the larger public interest.”
PG News