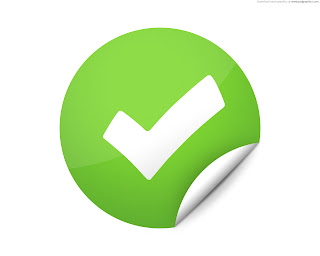 As the Supreme Court struck down the Medical Council of India's (MCI) creation of a single entrance exam for admissions to medical and dental colleges, experts in the medical arena reacted with mixed feelings. They said the National Entrance Eligibility Test ( NEET) was conceptualised with the right intentions.

Many experts recalled the Simran Jain case and how the court had once ruled that a class XII graduate should not be put through the distress of applying to 50 institutes and spending Rs 2 lakh on entrance tests. "It was the Supreme Court that had once instructed the MCI to examine the possibility of a single test as students were being put through the torture of taking multiple exams," said a member of the Dental Council of India.

Cardiologist Dr Devi Shetty, who was the MCI governing council chairman when a common entrance test was proposed, said he wasn't surprised at the verdict. "The idea of a national test was conceived with a view to save students from travelling city to city to appear for, say, 25 different medical entrance exams. We proposed it as an eligibility test, not to take away the powers of private colleges or state governments."

The apex court bench, by a 2:1 verdict, on Thursday held that the MCI notification declaring a common test was ultra vires of the Constitution; the notification, it held, had the effect of "denuding the states, state-run universities and all medical colleges and institutions" from admitting students to their MBBS, BDS and post-graduate courses according to their procedures and beliefs.

MCI additional director Dr P Prasannaraj said the council is studying the judgment and will soon decide on the next step. Dr K S Sharma, director (academics) at Tata Memorial Centre and a member of the MCI board of governors, said the verdict was "unfortunate". Sources added the council is likely to file a review petition.

The country's medical colleges together have 45,600 seats. Dr Shetty explained that a common entrance test was conceived keeping in mind students' finances. "A test for an individual institute or university puts a student in contention for so many seats. Even by appearing for multiple tests, the student's prospects are relatively restricted. Also increasingly, exam dates clash, preventing candidates from writing entrance tests of some universities of their choice. We were looking at the inconvenience to students while proposing a united test," Dr Shetty said.
PG News