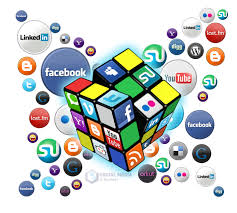 After the Supreme Court decision on Thursday declaring the National Eligibility-cum-Entrance Test (NEET) unconstitutional, the mood online was that of dejection.
The court had held that MCI was not empowered to hold the test and it deprived the state, state-run universities and all medical colleges of their right to admit students as per their own procedures.
On Twitter and Facebook, many wondered what will stop private institutes from selling the seats rather than holding a free-and-fair exam.
“I render my full support to all NEET aspirants for migrating from a nation with no policy of making doctors competent enough,” wrote iDoc (@twittdoc) on Twitter, about brain-drain that might follow this decision.
Many said a common entrance test was imperative for student welfare and questioned the need for multiple tests.
Anil Kohli (@anilkohli54) asked on Twitter, “Why must we make students spend lakhs of rupees in travelling all over India to take almost 80 entrance tests?”
Swapnil Patil (@_Swapnilpatil) also tweeted, “MCI may not have the authority but a single entrance test is precious for student welfare.”
Some even suggested quota for local students if it will allay concerns about disparity in educational standards across the country.
SAM (@ManuPutra) tweeted: “What is the need for multiple entrances for medical colleges? If the concern is of state, keep 60% seats reserved for students from each state.”
On a caustic note, Sachin Paprikar suggested on Facebook, “Let D-company handle it now, they may conduct a fairer exam!”
However, many were yet to give up on the issue. Dr Rita Pal (@dr_rita39) tweeted, “Thanks to all young doctors who fought bravely for NEET. While we lost, it is not over yet.”
The Union Health Ministry has sought legal opinion on whether a review petition can be filed on this order. Over seven lakh students took NEET this year for undergraduate courses, conducted by the CBSE on behalf of the Medical Council of India (MCI).
PG News