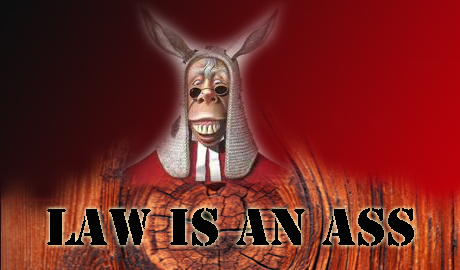 Dear Chief Justice Kabir,
‘Law is an ass,’ we are told by Charles Dickens!
As an onlooker looking at the way the National Eligibility cum Entrance Test (NEET) for medical degrees has been set aside by you as “a violation of the rights of the private medical colleges to “carry on business guaranteed under Articles 19 (1)(g) and the constitutional guarantee under Article 30 to the minority community to set up and manage educational institutions”, I am inclined to agree with Dickens.
Obviously there can be no doubt on the correctness of your interpretation of the law, for I presume that is what the apex court does. But if that is what our laws say, it seems to me that Dickens was right.
Sir, your judgment quashing the NEET, given on the very last day of your service, definitely appears retrograde. One hardly ever questions the quality of our Supreme Court judgments, which in most cases have been progressive and reformative and have tended to push our laws towards greater reforms.  But this time, it does not seem so, Your Honour.
To understand the implications of the judgment to medical education in the country, we need to understand the landscape of medical education in India.
We have just over 60,000 medical SEATS in the country (though less than half that number graduate annually), distributed over some 350 medical colleges. About 160 (or 45%) of the colleges accounting for about one-third of the total seats are government colleges, while about 190 (or 55%) are private colleges, accounting for some two-thirds of the seats. West Bengal alone accounts for about one-third or nearly 20,000 of the total seats in the country, which is roughly equal to the next four states with the largest number of medical seats, namely Karnataka, Maharashtra, Karnataka and Tamil Nadu put together, and also equal to the remaining 22 states! Clearly, the medical education in the country is highly dispersed and fragmented. Many of these colleges are controlled either by politicians or real-estate mafia, turning out medical graduates whose degrees may not be worth the paper they are printed on. More often than not, these are medical degree-shops, from where one can effectively purchase a medical degree for a crore of rupees, and upwards.
Not long ago, there were nearly 30 different medical entrance tests in the country. Admission criteria (mainly referring to MBBS) differed widely across colleges and states. The ostensible admission criteria in most cases were: Marks in the relevant entrance examination, grades in class XII and the capitation-fee one could shell out. Personal interviews were few and far between.
That the Medical Council of India (MCI) is not an institution enjoying high repute has been well known for long. But even by MCI’s high standards (of corruption), the corruption in the entrance to medical colleges remained a scandal. Equally important, year after year, an already traumatized population of secondary school leaving students was further traumatized by the number of different admission tests they had to take.
It is these multiple ills that was intended to be addressed by the introduction of NEET (UG and PG) in the Vision 2015 document by a Board appointed by the Government of India after it was decided to dissolve the MCI (which of course was never allowed to happen). NEET was supposed to be a single window examination for entry into a medical college (excluding AIIMS, JIPMER, PGIMER).
Now it is this NEET that you have set aside on the last day of your luminous legal career, opening up the gates for every private medical college to hold its own entrance examination, on the premise that it violates the right of the private medical colleges to “carry on business…”
Business, your honour? Is the training of our doctors to take care of the health of our nation ‘a mere business?’ What about our right to life, which stands gravely compromised at the hands of charlatans whom you have further empowered to buy their seats without the slightest modicum of merit? Does not the judgment give an open license to every pathetic medical college in the country to create its own ‘entrance criteria’ with the highest weight assigned to capitation fee? We may be the only country in the world that would be officially accepting the notion that one’s ability to pay capitation fee rather than one’s merit ought to be the key criteria for medical education.
I may not understand the nuances of law. But sir, I do understand higher education. And I think academic standards in medical education are bound to be severely compromised by this judgment. I do hope the Supreme Court will reconsider this judgment.
Raghu
PG News