Alleged leak of SC NEET verdict will have to be looked into: CJI 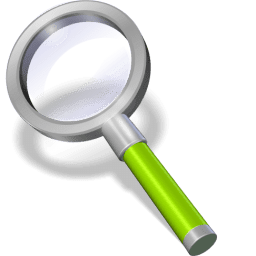 Chief Justice of India P Sathasivam has said the alleged leak of the NEET verdict on common entrance test for medical colleges before its pronouncment on July 18 will have to be inquired into.

However, he ruled out investigation as of now, saying it was only the media reports that suggested that the verdict was leaked.

"I came to know from media, nobody will accept this, nobody should encourage this, we are following very strict procedure, I don't know how it has come, we have to inquire," Justice Sathasivam told reporters on the sidelines of a function to felicitate him on taking over as the CJI yesterday.

When asked whether he would now order an investigation, he replied in the negative.

"No, so far it has not come to my knowledge, only through media I'm having this," Justice Sathasivam said.

The Supreme Court in a 2-1 verdict on Thursday scrapped holding of National Eligibility-cum-Entrance Test (NEET) for admission to MBBS, BDS and post-graduate courses in medical colleges, paving the way for private colleges to conduct their own examination.

To a question about the alleged leak of some contents of NEET verdict before it was delivered by a bench headed by him on the last day of his retirement, former Chief Justice Altamas Kabir expressed surprise.

"As far as I know this is entirely a secret. It was kept in my chamber. I would not be able to answer this," said Kabir, who wrote the majority judgement.

A day after the verdict was pronounced, an "upset" government indicated it may file a review petition on the apex court verdict with Health Minister Ghulam Nabi Azad making it clear that legal recourse is the only option available.

Azad said the order will create difficulties for students aspiring for medical degrees and the Health Ministry has sought legal opinion on the judgement.

"We are very upset," he said while commenting on the verdict. He has already asked officials to study the judgement to decide the future course of action.

The Minister said the government was "expecting a better outcome" but "unfortunately that did not happen."

The court ruling, he said, was "a little demoralising for us because we wanted to clean up a number of things".

Asked what the government planned to do, the Minister said, "there is a legal recourse. There is no other way."

A petition seeking review comes up before the same bench of the apex court which has delivered the judgement.
PG News