Stay on PG medical admissions in Maharashtra quota till tomorrow 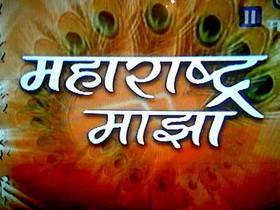 The Bombay high court has stayed the declaration of the first selection list for postgraduate medical admissions in the state quota till Tuesday.

The enrolment process, which started earlier this month, has already been delayed by several months due to a Supreme Court battle between private medical colleges and the Medical Council of India (MCI) over a single national entrance test. The selection list was to be released on June 20. Medical officers (MOs) in Maharashtra had moved the high court seeking an increase in the quota already available to them. The next hearing for the same is on June 25. Until then, the directorate of medical education and research (DMER), which conducts the PG medical admissions, will not be able to declare its first list in the 50% state quota.

Currently, MOs have around 60-70 seats reserved for them out of 600 PG seats. "Although medical officers have 25% of seats reserved, they do not opt for courses such as anatomy and microbiology. After eliminating these courses, they are left with 60-70 seats. However, they prefer seats in gynaecology, paediatrics and clinical practice. They have moved court seeking an increase in their quota," said DMER director Pravin Shingare. Meanwhile, a separate group of students-who formed the Association of Maharashtrian Foreign Medical Graduates (AMFMG)-are planning to move court on Monday since they have been denied eligibility in the state quota. They are candidates from the state who have completed their MBBS abroad.

After the completion of their course, the MCI permits such graduates to practise in the country after clearing the a screening test, Foreign Medical Graduates' Examination. The candidates also have to do a year's internship in MCI-approved hospitals, after which they get a permanent registration. "If our children are allowed to practise in the state, why cannot they be allowed a chance to be eligible in the state quota? After appearing for the NEET-PG, they also got a separate state rank and an all India rank. Despite getting a state merit rank, the state has denied admission to us as we did not complete the MBBS course from the state," said a parent. All these candidates from the AMFMG are residents of Maharashtra.

Shingare, however, said that admissions in the state quota are only open to those candidates who have completed their MBBS course from here.
PG News