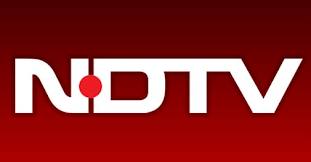 Giving relief to lakhs of medical aspirants, the Supreme Court today cleared the decks for admission to MBBS, Dental and PG medical courses.

The stand-off between the private medical colleges and the Medical Council of India (MCI) over NEET had left the future of nearly 4 lakh students in limbo. These students had appeared for the NEET on May 5 for admission to MBBS and BDS courses.

The Medical Council of India (MCI) had brought in NEET to be applicable from the academic year 2013-14 to curb malpractices like capitation fee in admission to medical courses.

Several private medical colleges, however, challenged its implementation and moved the High Courts in state like Andhra Pradesh and Tamil Nadu. The state governments, along with other colleges, then moved the Supreme Court. The petitioners argued that the NEET interfered with their autonomy and right to admit students of their choice by conducting their own entrance tests without compromising on merit.

However, the MCI justified the NEET on the ground that it would avoid multiple entrance tests and minimise corruption and irregularities in admission to medical courses.

The Supreme Court, while seeking time, had allowed MCI to conduct NEET and private institutes to conduct their own entrance exams but restrained them from announcing the results till the court verdict is out.
PG News