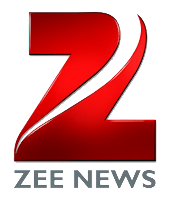 The Supreme Court in an interim order on Monday ordered institutions to publish results of entrance exams that were put on hold by its judgement on December 13 last year. The decision on validity of the National Eligibility and Entrance Test (NEET) for admission to MBBS/postgraduate/dental and postgraduate courses is now likely to come in early July.  As per the order, states can now go ahead and declare exam results and admit students.


A Supreme Court bench comprising of Chief Justice Altamas Kabir and Justices Vikramajit Sen and Anil R Dave had heard arguments based on the petitions filed by Andhra Pradesh Government and others for over 4 months and reserved the judgment on April 30. Tamil Nadu, Andhra Pradesh and several private colleges and individuals had filed petitions in their state High Courts and obtained an interim stay against NEET applicability. In retrospect, the Medical Council of India had approached the Supreme Court to avoid multiplicity of proceedings.

MCI in its petition had claimed that NEET would avoid multiple entrance tests, lessen corrupt practices and irregularities in the admission procedure for medical courses.