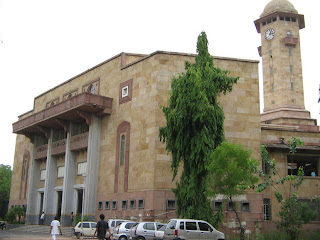 A meeting of members of the medical faculty was held at the Gujarat University(GU) to decide the rules and regulations and basic framework on which the admissions in PG medical seats will be held this year. With NEET-PG held for the first time, the GU has to decide whether the admissions will be given strictly on the basis of the national admission test or the score of MBBS will be considered while preparing the merit list.
Pro Vice Chancellor of the GU Dr Mukul Shah said that the meeting of all the members of the medical committee was held and opinion of all the members was taken to finalize the framework of admissions in PG seats.

"The final decision on the PG admissions will be taken on Monday. After a consensual decision is arrived at the medical faculty, the opinion of the state government will also be taken on the matter", said Dr Shah.

Dean of the medical faculty Dr Kalpesh Shah said that a final decision was arrived at the meeting. While consensus has been sought, the final decision will be declared shortly. Meanwhile, members told TOI that there was general representation that considering majority colleges all over India are granting PG admissions on the basis of the NEET-PG score alone, the admissions here should also be granted without using the MBBS scores.

A number of students have already represented to the GU that the MBBS scores should not be considered for PG admissions.