Taking the adage of prevention being better than cure to the streets, a professional doctor has taken to selling the healthy, traditional Odia snack of mudhi-mansa on the roadside here to propagate a culture of healthy eating among denizens, especially youngsters addicted to junk food.

The zeal of Sanjeet Kumar Sahu, an MBBS from Guwahati Medical College, has earned him the affectionate epithet of 'Dr Mudhiwala', especially in the Saheed Nagar area, where he offers the delicious snack of puffed rice with chicken curry from a makeshift stall near RD Women's College.

"I noticed there is a craze for junk food among people, especially youngsters, because they have very few healthier and tastier alternatives available in the market. So I decided to put up a stall here to sell the nutritious yet tasty snack of mudhi-mansa to entice people towards healthier options," says the 27-year-old medico, who is currently preparing for his post graduation examination.

Going full throttle at the health drive, Sahu welcomes customers with a few drops of sanitizer for them to clean their hands. Thereafter the glove-clad doctor takes a few minutes to rustle up the snack on the spot by mixing finely-chopped onions, green chilies and coriander leaves with muri and chicken, which he serves at Rs 30 per plate. "I am more interested in public health than treating people who fall sick after eating unhealthy food and due to irregular eating habits. I also give hygiene and health tips to my customers in the stall," says Sahu.

Ever since he started the unique endeavour in the month of March, Sahu has been attracting a good crowd and conducting business of at least Rs 1,000 per day.

"We were going out to eat chicken chowmein one evening when the doctor's stall attracted our attention and we tried the food. It is traditional, healthy and most importantly tasty," says Chinmay Mohapatra, a resident of Unit-IX, who is one of Sahu's regulars now.

Son of a retired Army man from Angul, Sahu said initially his parents objected to his idea but were later convinced. "I was very popular in my college for my intuitive cooking. During festivals I used to prepare gulab jamun, biryani and other chicken items," he smiles. 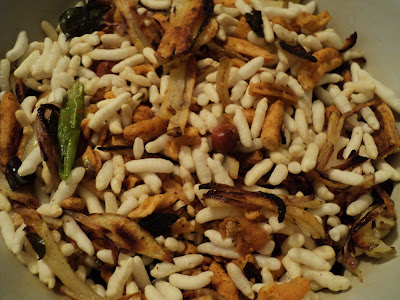