The reason this works is because cancer cells rely mostly on glucose for energy, having problems producing alternate forms of energy themselves. Researchers saw a 60% reduction in the ability of human pancreatic cancer cells to grow in mice that had been transferred with the cancerous cells.

Pancreatic cancer is one of the worst types with a high mortality rate — the five-year survival rate is as low as 6% after diagnosis. Apple CEO Steve Jobs died from pancreatic cancer in 2011.

The disease affects one in 100,000 Indians. "Many researchers are engineering new drugs to target cancer cells' ability to supply themselves with energy, and here we have a naturally-occurring compound that may do just that," says Rajesh Agarwal from the University of Colorado Cancer Center and professor at the Skaggs School of Pharmacy and Pharmaceutical Sciences. "Three years ago researchers showed the effect of bitter gourd extract on breast cancer cells only in a petri dish. We used the juice — people especially in Asian countries are already consuming it in quantity. We show that it affects the glucose metabolism pathway to restrict energy and kill pancreatic cancer cells." 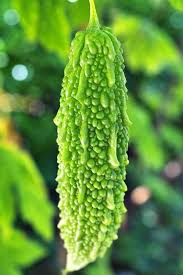