One of the most illustrious doctors produced in the city decided to come back to it for what he calls his way of making his name last longer than him. This, despite having travelled across the globe and acquired laurels and applaud at all the places he visited.

Dr M Khalilullah, a cardiologist who passed out from city's Government Medical College in 1956, has held various positions in reputed hospitals in cities like New Delhi and London. He was in the city to release his book on cardiology. On the occasion, he compared the lives and difficulties of medical students, teachers and professionals during his earlier days and now.

"During our time, much emphasis was laid on clinical assessment. We were encouraged to talk to the patients, get to know them and spend time with them in order to make better diagnosis. Bedside mannerism and compassion were among the qualities that were taught to us despite not being a part of the syllabus. Now, there are so many other means of reaching a diagnosis that so many of the younger doctors are not working on improving these skills," he said. He called this ability the 'healing touch' and wishes that more youngsters could get to learn them.

He also mentions how he and his classmates have seen their teachers come to college on a bicycle. "That small act gave us a big lesson in humility. The social values have changed so much today so it is no wonder that the doctors and their values have changed, too. Like all other professionals, they are pressed for time and don't have too much patience," he said. However, he believes that doctors are among the professionals who have managed to strike a balance between commercialization and dedicated patient care. 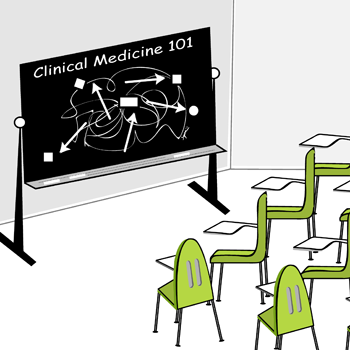