February 22, 2013
India’s health infrastructure has improved due to government’s efforts, President Pranab Mukherjee said on Thursday, highlighting that no new polio case has been detected in the country in the last two years.

“In January 2013, we completed two years without detection of even a single case of wild polio-virus. This is the longest polio-free period in the country ever since eradication efforts were launched,” the president said in his address to the joint session of parliament.
President Mukherjee said over 43,500 new construction and up-gradation works of health facilities were taken up in the period 2005-06 to 2012-13 and nearly 70,000 additional beds have been added in government health institutions.
“During the same period, around 1.45 lakh medicare staff has been added in various states under the National Rural Health Mission,” he said.
He also said over 1.1 crore women benefited from the Janani Suraksha Yojana, under which pregnant women are entitled to absolutely free care in public health institutions.
The government launched the Rashtriya Bal Swasthya Karyakram for screening of children below 18 years of age for 30 different types of diseases, disorders, deficiencies and disabilities, he said.
“This national initiative will eventually cover around 270 million children across the country,” he said. 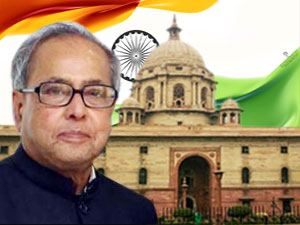